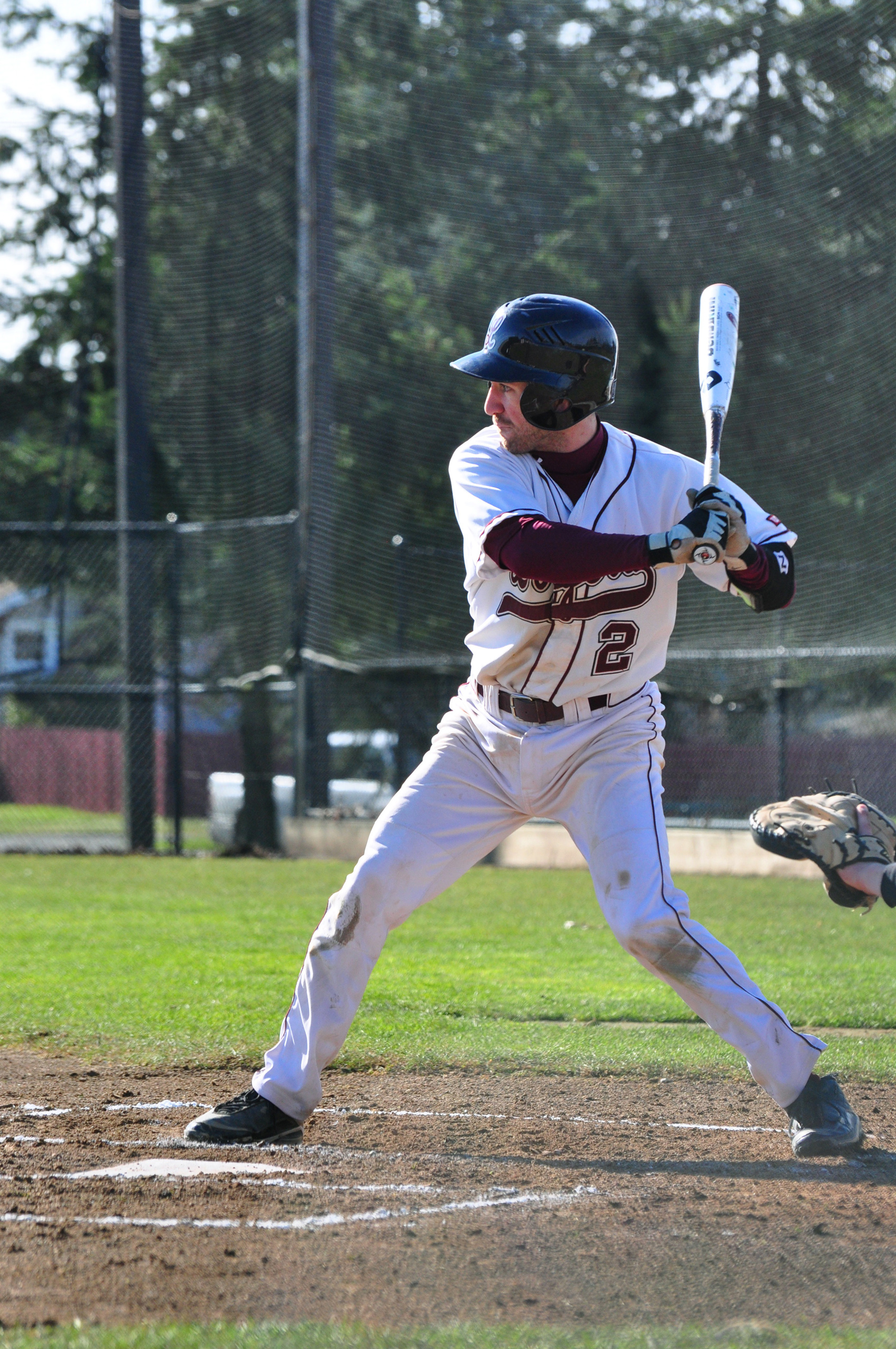 After many cancellations, due to the inclement and rather unpredictable weather in Tacoma, Wash., the Loggers were able to return home for a series on West Field.  Although the weekend was not a complete success story for the Loggers, the split with George Fox during their doubleheader April 9 was quite a feat.  This is the second straight week that the Loggers have split a doubleheader with the opposing team.  The Loggers took the first game 6-5; however, the Bruins were able to surge past the Loggers during the second game, taking the win 10-2.

The first game was tied 5-5 in the ninth inning. The bases were loaded. The Loggers needed only one more run to defeat the Bruins. Luckily, Nick Cherniske knocked a single into left center field securing the run as well as the win. This was the Loggers’ second walk-off win of the season.

Over the course of the first five innings, the Bruins built a 3-0 lead.  The Loggers heated up in the sixth inning, however, with Will Mentor knocking in the first two runs with an RBI-single into center field. The game was tied 3-3 after Casey Coberly scored on an error.  The Loggers took the lead 4-3 after a wild pitch allowed Christian Carter to run home.

The Bruins reclaimed the lead in the top of seventh inning.  However, this only set the stage for the Loggers’ dramatic comeback in the ninth and Cherniske’s game winner.

“Coming to the plate I felt like I was in a really good position. The momentum seemed to be in our favor that last inning with the way the previous few plays had gone. After Rez got on and loaded the bases with no outs I felt little pressure because I knew if I didn’t get the job done the guys behind me would,” Cherniske said.  “After the hit it felt really good but I was only in that position because of what the guys did ahead of me to start off that inning.”

The Bruins, however, did not back down and took an early lead in the nightcap. Five runs in the top of the fourth provided the Bruins with the sizeable lead of 7-0. Although the Loggers answered with two single runs, the Bruins proved to be too much, adding three more runs for a final margin of 10-2.

The rubber match was held April 10. And although the Loggers played well the Bruins exploded past them with a win of 15-2.  This win gave the series win to the Bruins.

It appeared at first that the game was going to move slowly as both teams struggled through a scoreless first inning.  However, the Bruins scored 10 runs over the next three innings.

The Loggers answered the Bruins after they upped their lead to 5-0 with two runs of their own. These runs allowed the team to stay within striking distance of the Bruins; however, the pair of runs was all the Loggers had to offer. The Bruins put up five more runs in the fourth inning, four more in the sixth and one in the seventh to increase the lead to the final total of 15-2.

This loss marked the second consecutive weekend that the Loggers have defeated a top 25 team only to eventually lose the series.

“For the five seniors it is disappointing because our time to accomplish a goal of winning a NWC championship is running out. However, for our returning players these past weekends have provided an opportunity to play in pressure situations where every pitch can have a dramatic impact on the season,” senior Cameron Duvall (Lakewood, Wash.) said.  “Experiences like these can really help a club going forward, especially one that is this young and talented.

The Loggers will travel to Pacific Lutheran this weekend, April 16, for a three game series, where they hope to get back on a path to victory.