The Trail
HomeArchivesArchives: Doors, Dorms and Desks: An Architectural History of the University
ArchivesFeatures

Archives: Doors, Dorms and Desks: An Architectural History of the University 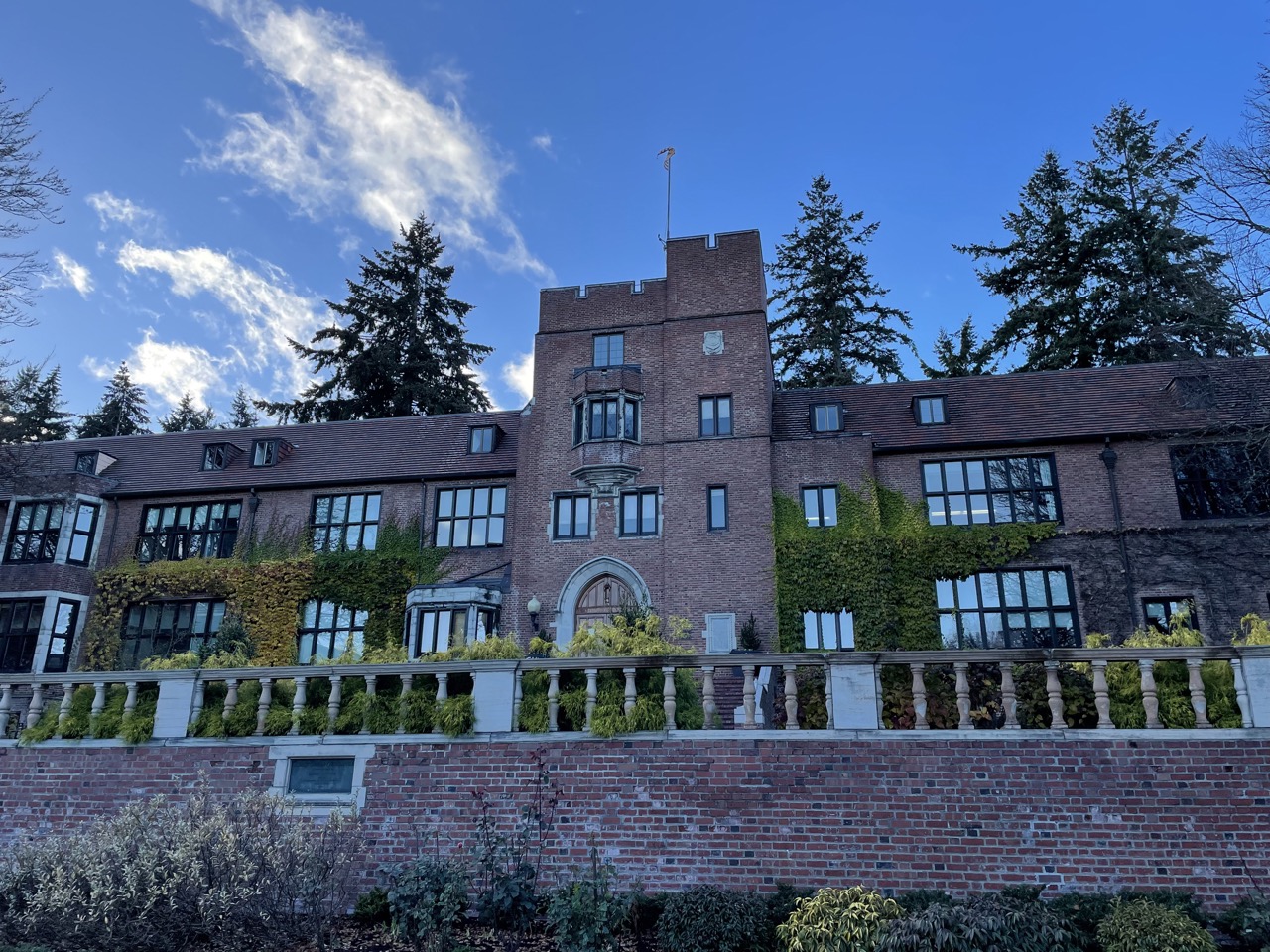 Today, the University of Puget Sound is a bustling, vibrant campus home to 2,000 students, full of satisfying collegiate clusters — students walking to Wyatt, congregating outside of Thompson or bustling in hungry herds to the diner. The only signs of antiquity are the ivy that winds along the edges of windows, the library books whose bindings are fraying delicately at the edges, and the portraits of presidents past in the library, hanging quietly and regally on the walls. Many students do not spend much time contemplating their residence on the Puget Sound campus, however, as the University faces unprecedented challenges and uncertainty, appreciating how far the campus has come in providing students with a variety of academic and social spaces can serve as a way to transform one’s gratitude into the will to problem-solve and persevere. Simply put, the rich history of the campus’ architectural expansion can help students appreciate the residential learning experience.

The University of Puget Sound campus, as students have come to know and love it today, began in 1924 when it moved from downtown Tacoma to the North End. The first building erected on the residential campus was Jones Hall, built in 1924, making it the oldest building on Puget Sound’s current campus. The following year, Warner Gymnasium was constructed. The campus only continued to expand, beginning with its residence halls. Anderson Langdon Hall (formerly referred to as Anderson hall) was built in 1938, with the intent of strictly functioning as a women’s dormitory. 1949 brought with it the completion of the Memorial Fieldhouse. The fieldhouse was dedicated and named “memorial” in honor of the numerous individuals throughout Pierce County and all of Washington State who had given their lives during World War II.

When the campus moved from downtown Tacoma and situated itself on the current residential campus, the north half of the Jones Hall basement acted as the campus library for thirty years. However, a basement was no place for a library. From the beginning, the University had desired a larger, separate building, and in 1954, the Collins Memorial Library was completed. Eventually, the volumes were carried over from Jones Hall, in a momentous exodus of books, to the new library, which was meant to house 80,000 volumes, by students, faculty, staff, and alumni. In 1955, the University expanded Anderson Hall and finally added a swimming pool to the memorial fieldhouse, allowing students the opportunity to compete in collegiate swimming.

Since 1942, the University has been experiencing a large architectural boom as new buildings followed one another right and left. Thompson Hall, which would end up housing the natural science departments, was constructed in 1967. At the time, it was the University’s largest architectural endeavor in its 80-year history, costing $3,800,000. It was to be built as a 114,000-square-foot complex, costing approximately 31 dollars a foot and containing 220 rooms. The natural science departments had previously been housed in Howarth. Now, the new science facility contained a variety of modernized facilities and scientific devices that Howarth lacked. These advancements made Thompson Hall a state-ofthe-art collegiate science complex for a liberal arts institution. In 2004, the University began its largest-ever construction project to date, spending $50 million to renovate each of Thompson’s wings, with an addition of a west wing. The renovation project worked to expand and update pre-existing classrooms and laboratories. At the same time, it also added eight more research labs, six more classrooms, four new conference rooms and a 10,000-square-foot courtyard. What was unique about this project was that the University made it “green” by implementing an environmentally friendly design.

Back in April of 1994, the University drew up plans to not only renovate the fieldhouse but also to renovate and expand the music building. The renovation and expansion plans for the music building were due to a desire to have a bigger, better performance space, a building where students could enjoy the expanded amenities and fully immerse themselves in the experience of musical performance. The expansion and renovation took place on the north side of the music building, allowing both the rehearsal and performance and audience space to be increased. In 2000, Lowry Wyatt Hall was built, a $14 million dollar project named after longtime Board of Trustees member Lowry Wyatt.

In May of 2013, a new era was dawning on Puget Sound’s campus. The 2013- 2014 academic year was the first in which students were required to spend at least two years living on campus. Because of this, an addition of another residence hall was needed, in order to accommodate the new living requirement. Initially, the hall was to be named “Commencement Hall” but was renamed Thomas Hall in May of 2016, honoring then President Ronald R. Thomas. The architecture shifted in accordance, and students’ responses were quite varied. One student believed that the addition of a new residence hall and an on-campus living requirement would be a new way to foster a strong sense of community and connection, while another student was frustrated about the living requirements. Although some students expressed concern about the new residence hall blocking the view of Mt. Rainier from Wyatt Hall, others were more enthusiastic about the addition of a modern residence hall. Regardless of the opinion of the student body, the new residence hall was to have five academic communities, a gallery, and some larger rooms for group meetings.

Although the University is currently facing a myriad of daunting challenges, the Puget Sound community can only hope that such hardships will be solved with the signature determination and creativity of a small liberal arts institution. If history is any indication, challenges will become construction; new buildings, new memories and improvement on a much-beloved campus.