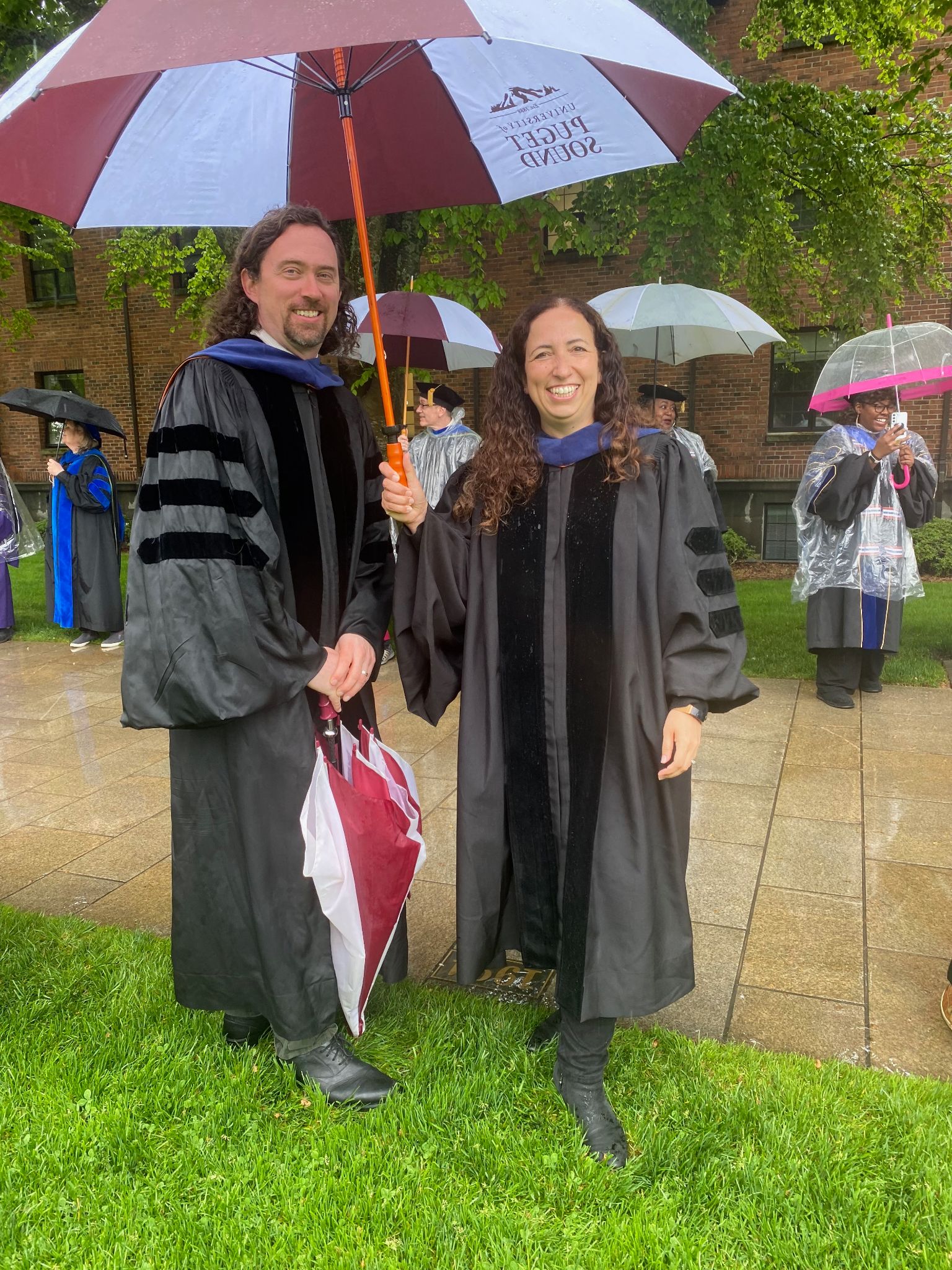 Every so often, the fabric of the universe folds in just the right way to account for unbelievable coincidences. One of these fun coincidences took place right on our little campus. The philosophy department is made up of not one, but two married couples! To gain insight on this phenomenon, The Trail spoke to one half of the star-crossed department, Professors Justin Tiehen and Ariela Tubert.

Professors Tiehen and Tubert started dating in graduate school at the University of Texas before they came to Puget Sound. In fact, the 20th anniversary of their first date was this Halloween. When Professor Tubert was hired in 2006, the University had no idea that she and Tiehen were dating. That summer, another position opened that fit Tiehen perfectly. During Tiehen’s application process, Tubert recused herself from the review committee due to the nature of their relationship. Tiehen was hired in the fall of 2007, and the two have been working here ever since.

Naturally, there are pros and cons to working in the same place as your spouse. Professor Tiehen remarked that while the opportunity allows them to have helpful conversations about their classes and material, it can lead to some awkward conversations when students don’t realize that they are married. Whenever Tiehen senses a student voicing their “candid assessment” of Professor Tubert while speaking with him, he tries to surreptitiously let them know that they are married in an attempt to avoid further embarrassment on the student’s behalf. Mostly, he just finds the reaction of new students amusing. “Even if the people who have been on campus for years all know, part of a college campus is you’re always cycling through new people, so there’s always some people who don’t,” he said. Having the opportunity to work together has been beneficial for their careers, but one can imagine this constant contact being somewhat draining. Most other professors don’t have to live with their coworkers. Due to the amount of time Tubert and Tiehen already spend in proximity to each other, the two have made the decision not to occupy next-door offices in a healthy act of distancing.

Working at the University together also has a big effect on the professors’ offhours. Although their children are older now, finding a morning babysitter for two toddlers proved challenging for the couple. Professor Tiehen also mentioned that since both sets of couples in the philosophy department had younger kids, department meetings were a challenge to schedule.

For Tiehen and Tubert, finding a balance between work and home life became even more difficult during the first year of the pandemic. Like parents across the world, they would spend their days sitting with their young children during virtual school to make sure they were actively learning. Furthermore, their sabbatical plans for 2020-2021 were effectively quashed, leaving them marooned at home rather than on off a wild book-writing journey.

However, Tubert and Tiehen made the best of this unprecedented situation. As they kept working on their manuscript together, the two found themselves discussing their work in small moments of downtime. “Even during the sabbatical, these difficult times, we’re taking our dog for a walk at night and we could fit in a discussion of, like, existentialism or something that was relevant to the book, in ways that it would be hard to match to with someone you weren’t living with,” Tiehen said. It goes to show that meaningful connections lead to meaningful results.

Professors Tubert and Tiehen both contribute immensely to this campus, and their connections to the community and to each other remind us that a university’s spirit resides in the human bonds it protects and encourages.