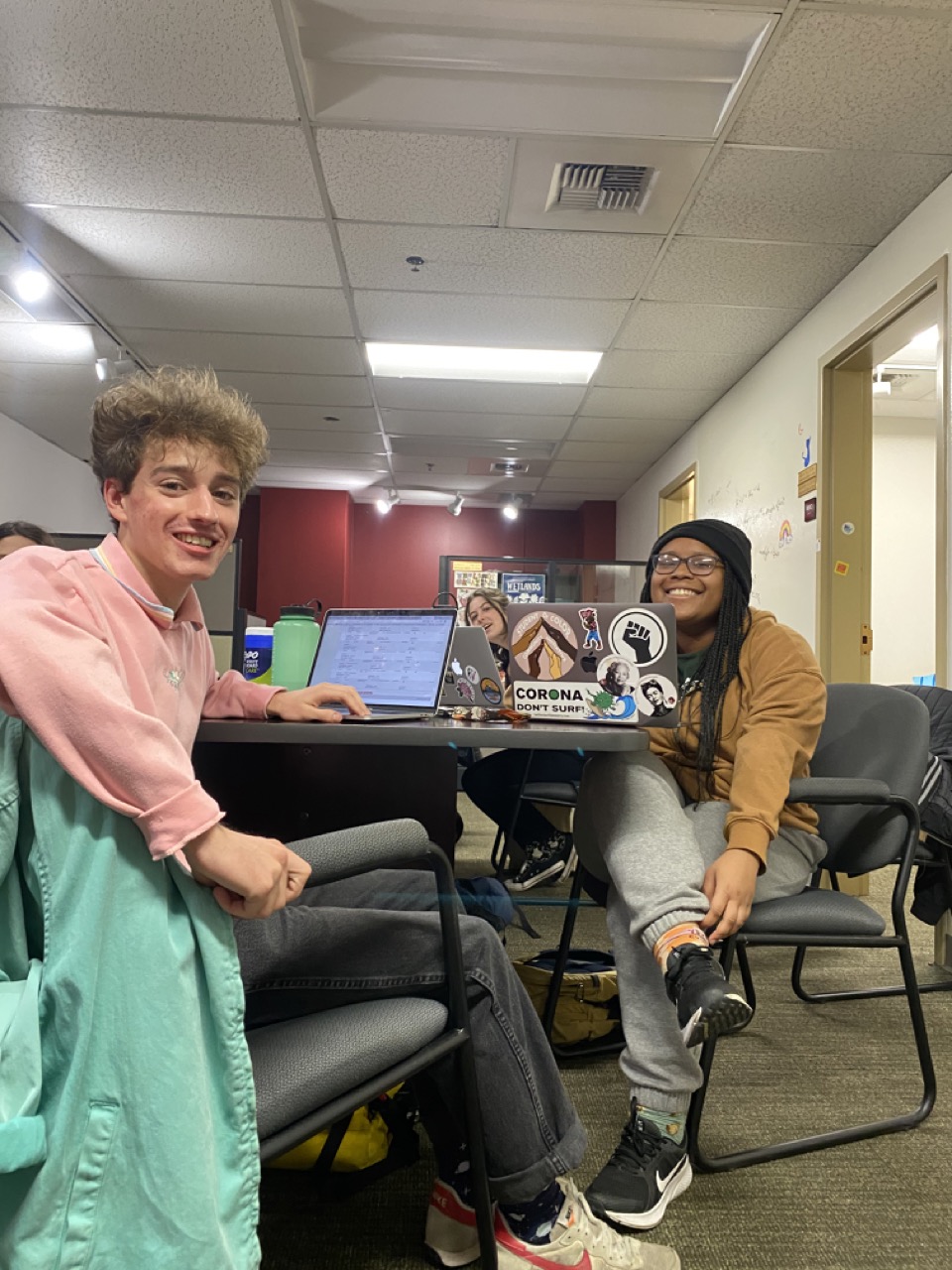 If you’ve ever so much as visited the University of Puget Sound, your eye has probably been caught by a flyer or advertisement for one of our bountiful media clubs and the many events they host. One of the most exciting parts of our campus is our regular publications and very own radio station, KUPS. From Wetlands, Elements, Photo services, Crosscurrents, and even The Trail itself, all these clubs are aided by Charlie Dahle. Charlie, third-year, is the ASUPS Director of Media and Technology services, which may be a mouthful, but it’s even more hard work than it sounds like. They said about the position, “it’s kind of a funky job because it’s a mixed role between overseeing the technology infrastructure and supporting the six media organizations. And you know, the medias are really important because they represent, inform, and entertain the student body.” Charlie said that their role as director means “helping get new positions, created and contracted, hosting events, doing promotions, things of that nature.”

All of these creative hubs of imagination and community rely on Charlie to get them the things they need, from basic budgets for publications to getting a host of ASUPS vans commissioned for KUPS fest to ensure that students have safe, reliable rides home.

But we don’t get to keep Charlie indefinitely. They’ll be studying abroad in France this spring and Ebony James will be filling his shoes. Ebony also feels strongly about the campus media and is excited and prepared to take on the position of Director of Media and Technology Services. “I wasn’t really aware of how powerful the medias were until I came to this job. It’s been super great to see the leads bounce off each other during Monday board meetings and get ideas from each other and even host events together. Then, the tech side of the job is super fun too, I never would’ve thought about how to make a website accessible and readable,” Ebony said.

If you’re wondering how to get involved, a whole world of technology and media is waiting for you.

If getting involved with a club seems daunting, keep an eye out for our many events!