The Trail
HomeFeaturesThe Team Behind the Trees
Features

The Team Behind the Trees 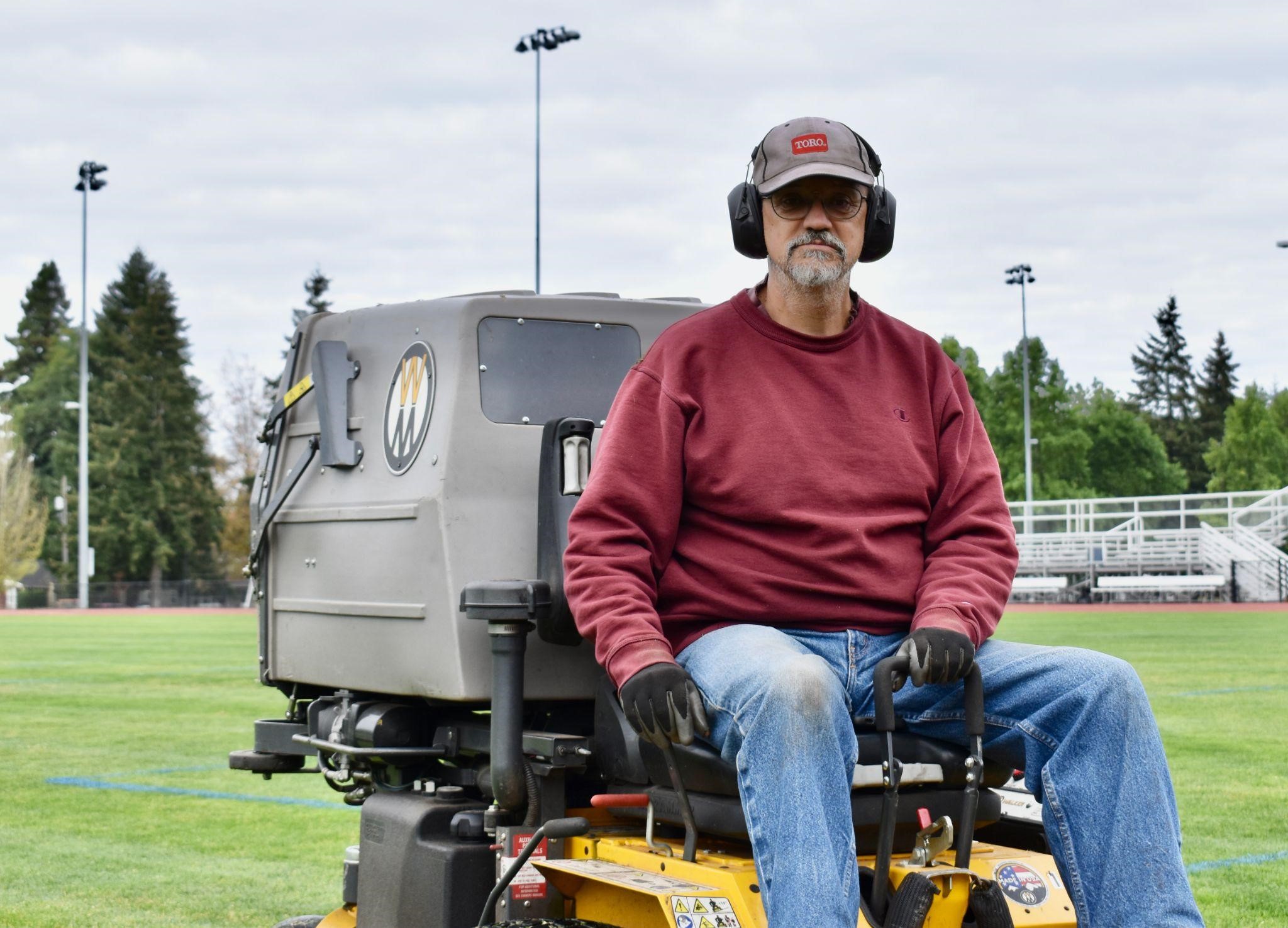 Every day, students and local residents alike use and admire the University of Puget Sound’s lush lawns, flower beds and forest. The grounds are certainly a big draw for both prospective students and the community, making the campus grounds crew some of the most valued people on campus. The campus has a strong reputation to uphold, being such a unique outdoor space with its mixture of old trees and pristine lawns, right in the middle of an urban landscape. Of course, such a dedication to the green spaces on campus requires an equally dedicated team of workers.

With Puget Sound being 97 acres, and much of that being green areas including wooded areas, athletic fields, and lawns, the University grounds crew has their work cut out for them. Luckily, the workload is distributed among a team of seven professional groundskeepers —three have been doing the job for over ten years— as well as 11 students, all of whom work hard between classes to keep the school’s natural areas looking nice. Bill Boggs, who is going on his 24th year as a groundskeeper at the University, appreciates the variety of work necessary for the upkeep of so much land. He explains that grounds crew responsibilities can include anything from mowing the lawns to designing the flower beds to maintaining the health of the trees. As Boggs puts it, “It’s never boring.”

Despite his love for the diversity of work, Boggs admits that it is not an easy position. Groundskeeping is unique among campus jobs for its laborious, outdoor work. “You have to be willing to work and like physical labor, willing to do it in the weather. It’s not for everyone,” he says. Grounds crew, unlike most other campus departments, has the responsibility of working in all four seasons. As the campus acts like a public park year-round, the grounds require consistent maintenance even when students aren’t on campus. From the sweltering heat of 90-degree summers to the dark, wet, and occasionally snowy winters, the grounds crew has to be willing to work in all conditions.

Of course, the season also affects the plants themselves, bringing new challenges and experience for the crew. According to Boggs, a lot of the job is learning the patterns of the nature around them, whether it is knowing when certain bugs are feeding or how a disease looks and which plants it will affect. This aspect can make the job just as challenging intellectually as it is physically. Luckily, having 24 years of experience can make this sort of knowledge second nature. “Horticulture is a science,” and Boggs explains that you, “can learn a lot from a book, but mostly you just need to get out there and do the job.”

From fighting plant diseases to braving the wet Washington winters, the University of Puget Sound grounds crew has no shortage of challenges to handle on the job. Despite these challenges, the hard work and experience of groundskeepers like Bill continue to make the campus a beautiful, comfortable space for all.