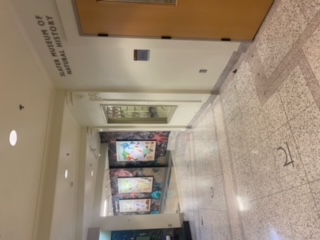 On Feb. 21, 2022 the University of Puget Sound’s Board of Trustees adopted the Policy on the Reconsideration or Removal of Names on University Buildings & University Spaces. The Policy is most predominantly directed toward renaming the Slater Museum of Natural History, a step that students and faculty have pushed for the past three years.

The Slater Museum of Natural History contains one of the largest specimen collections in the Pacific Northwest and serves to promote both environmental research and student outreach. Started in the 1930s, the collection officially became the Puget Sound Museum by the early ’40s. In 1979, a group of alumni requested that the Museum be named after then-retired biology professor James Slater. Functioning under Slater’s name for the past 50+ years, an initiative to change the name developed in 2019.

James Slater, the primary Biology professor at the College of Puget Sound (and eventually University) from 1919 until 1951 contributed to the Museum’s creation and collection. Throughout his career on campus, Slater taught courses on eugenics, examining the “laws of heredity and racial progress.”

Most eugenics laws and teachings were shuttered after World War Two. However, Slater continued to teach the course until his retirement in 1951– significantly longer than other colleges in Washington State.

Grace Eberhardt 20’, a double major in Biology and African-American Studies first heard about Slater’s eugenics teachings from a friend. “And I was kind of uncomfortable about that. I was like, ‘How come no one knows about this?” Eberhardt started grant-funded research into the eugenics program at Puget Sound during the Summer of 2019.

Eberhardt discovered a thesis published in 1947, by one of Slater’s students, which supported eugenic sterilization. The student received high marks from Slater, which Eberhardt said, “was an indicator that Slater did agree with this work.”

At the start of the Fall 2019 semester, Eberhardt and a few faculty members wrote to President Isiaah Crawford asking that the name of the Slater Museum be changed. “Eugenics has a really harmful legacy of racism, xenophobia, sexism, ableism especially, and I don’t think having a name that reflects that is very inclusive,

especially in a field, where so many of these groups, marginalized groups, are underrepresented in STEM,” Eberhardt said.

Following Eberhardt’s request, Peter Wimberger, a Biology professor at the University and the director of the Museum for 16 years, approached President Crawford. “I said the university has no policy for thinking about naming or renaming… And it might be worthwhile to appoint a committee to think about values and principles that would govern renaming.”

In January 2020, President Crawford officially established a naming committee but did not mention the Slater Museum. According to Eberhardt, it seemed that “he didn’t give any of us credit for putting out the requests to have this committee started. And he specifically didn’t want any attention drawn to any specific buildings, which, honestly, would have been the Slater Museum.”

After Eberhardt graduated in spring 2020, she was invited to a committee meeting. The lack of progress frustrated Eberhardt: “There was concern about, ‘Oh, is it going to be confusing, if we rename it? Isn’t it going to be too long of a name?’ Because we were thinking of putting it to its original name, which was the Puget Sound Natural History Museum. And there was just a lot of concern that was more based on convenience than on the climate of the school and our morals”

Nearly a year later, in Fall 2021, Eberhardt was asked to send a formal letter to the Board of Trustees to change the  Museum’s name. The renaming committee then waited until the Board met in February 2022 to pass a resolution. Now, a review committee will be appointed to analyze the name change at the end of the semester. If approved, the President will submit a recommendation to the Board in October 2022, potentially wrapping up a three-year process.

“I think the speed of this process has been slower than it is at other places, at least from my watching, renaming proposals and renaming happening in other places,” Wimberger said. He now wants the focus to be on the museum’s programs: “We have some docents right now working on an exhibit that’s going to go up, regardless of whether or not the name gets changed, on Slater and eugenics at UPS, and the history of eugenics courses at colleges and universities.”

“Change is really hard… all these larger powers and systems in place make these types of changes really difficult,” Eberhardt said. Even though she’s now an alumna, Eberhardt is optimistic about the renaming process: “I think we’re making a lot of great progress though. It’s just really slow.”