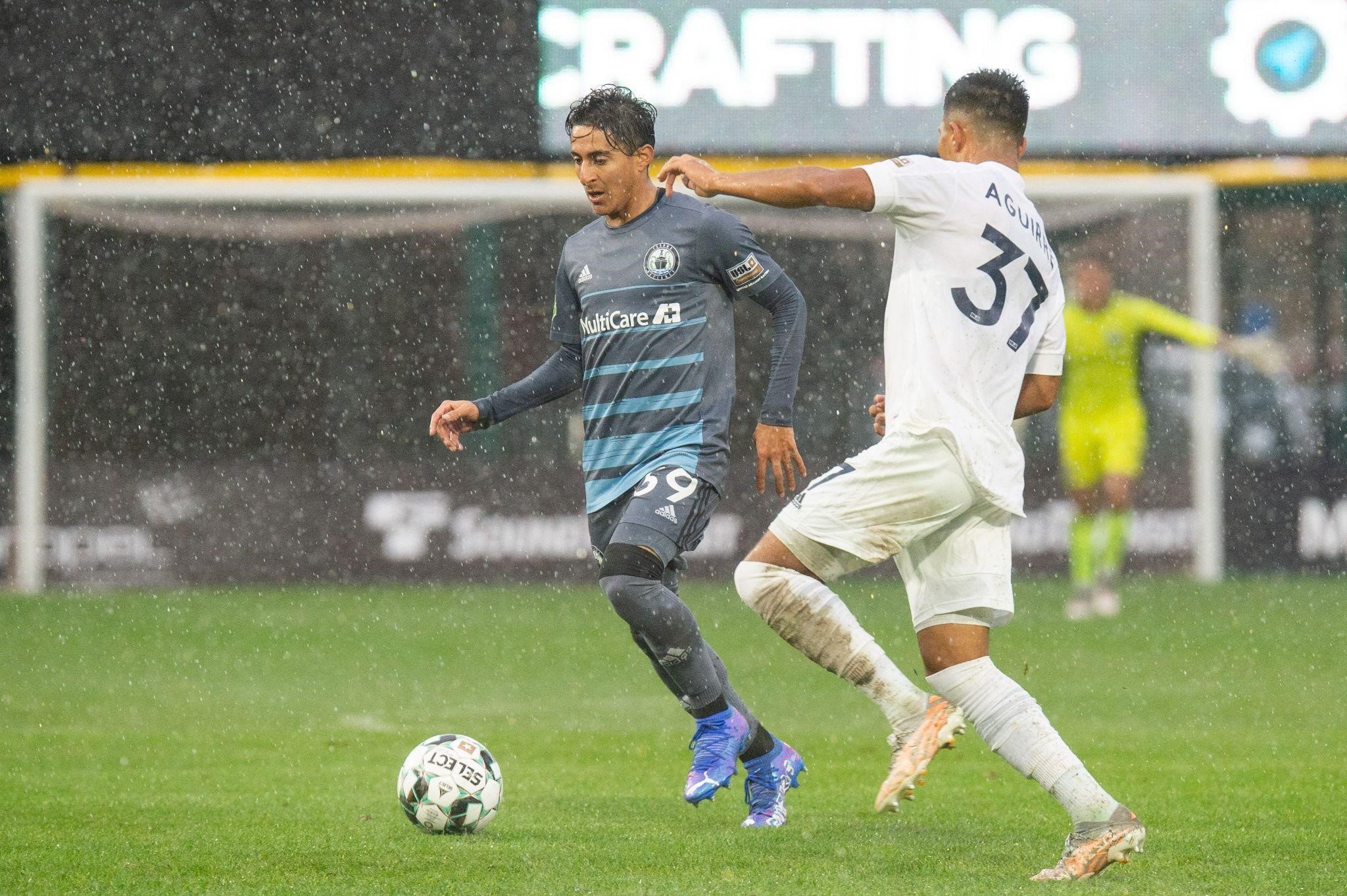 Tacoma Defiance is set to kick off their 2022 season on March 26 against the Real Monarchs out of Salt Lake City. This first game at Starfire stadium marks a significant change for the Defiance, who will no longer play in the United Soccer League (USL) Championship. This year, the team will compete in the inaugural season of NEXT Pro, a new step in Major League Soccer’s (MLS) player pathway.

The Tacoma Defiance is the reserve team for the Seattle Sounders, an MLS first team. First teams compete at the highest level in the MLS, while reserve teams play in the USL Championship or other minor leagues with the intent of signing players on to their corresponding first team. The Tacoma Defiance will join nineteen other MLS reserve teams (and one independent team) in making the switch to NEXT Pro. Each team will play twenty-four games, evenly split at home and away, and eight of them will make the playoffs for the league cup.

The Defiance’s Head Coach Wade Webber is hopeful for what NEXT Pro can do for the players. “What we’re confident of is the MLS organization can put its weight behind the league in terms of profile exposure,” Webber said. NEXT Pro connects the MLS Next, the youth academies, to the MLS first teams. NEXT Pro is designed to increase players’ exposure, making it easier for them to sign on to a first-team roster.

As for the players, they’re excited to get the season going. “There’s going to be really, really good teams that we’re facing,” Marlon Vargas, a Tacoma Defiance midfielder said. Vargas feels that they’re ready for the new league. “We’re really competitive and just eager to get started,” Vargas said.

According to Webber, there is some uncertainty about NEXT Pro. “The obvious concern for everybody is just it’s a new league and it’s unknown,” Webber said. In addition, ten of the Defiance’s home games will be at Starfire stadium near Seattle instead of Cheney stadium here in Tacoma. According to Vargas, their time at Cheney will be missed. “You know, Cheney, that was the stadium,” Vargas said.

As for the fans in Tacoma, they’re excited about the boost to American soccer that NEXT Pro creates, but they will miss having games in their backyard. The Fern Hill Ultras is a fan group for the Defiance based out of the Fern Hill neighborhood in Tacoma. Ben, a member of the Ultras, said that the Ultras are disappointed about the increased driving time to Starfire stadium. “It’s just not gonna make it easy to be a fan,” Ben said.

The Fern Hill Ultras are a subgroup of the larger Ultras fan group that supports both the Tacoma Defiance and the Seattle Sounders. In addition to being huge fans of the Defiance and the Sounders, the Ultras are an anti-fascist fan group. These two qualities make the group a tightly knit community. According to Ben, the group will continue their avid support of the Defiance no matter where the team is playing.

The Fern Hill Ultras feel that driving up to Starfire stadium is the price to pay for greater opportunities for the Defiance and its players. “There’s a lot of homegrown talent even in Tacoma coming through this system,” Ben said. He hopes NEXT Pro will be the platform some players need to move up in the league.

According to Webber, the Defiance typically tries to have one or two players brought up to the first team every season. The advantage of NEXT Pro is the exposure players will get to other MLS teams.  “They may see talent that our first team looks at and goes, well, we don’t really have a spot for another,” Webber said.

Webber believes that this increase in exposure will bring more Defiance players up to MLS first teams. These transfers will bring in more money for the Defiance, which will feed back to Tacoma’s youth program that trains players for both the Defiance and the Sounders. “We want to be a sustainable operation,” Webber said.   Fans and players are excited about the development of players in NEXT Pro. The fans are glad the players will get the exposure they deserve. “We are excited that it does kind of bolster their odds,” Ben said. For the team though, the focus is on this first season, and their eyes are on the playoffs. “We’re just ready to get started,” Vargas said.