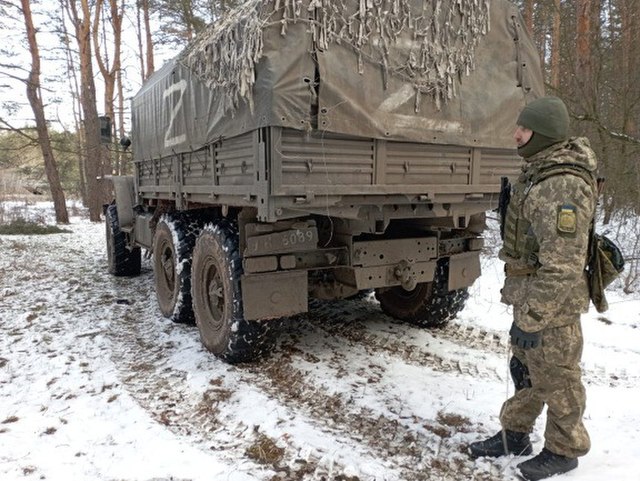 Russia’s ongoing invasion of Ukraine, a country of 44 million people, places Europe in its largest crisis since World War II. Bombs drop over cities and Russian tanks roll across the border, while Ukrainians resist fiercely.

On Monday, Feb. 28, Comparative Politics Professor Patrick O’Neil and International Relations Professor Seth Weinberger led a discussion about the ongoing situation with 40 to 50 students and faculty.

“Nobody thought Putin would do this,” Professor O’Neil said. “The things that Putin wants are essentially unachievable.” Fundamentally, Putin misjudged the invasion and “thinks Ukraine is isolated and will fold instantly, the West is going to wring their hands, and lightly implement sanctions… but it has happened in the complete opposite” O’Neil said.

Professor Weinberger believes that although Ukrainians have fought valiantly, “Ukraine cannot beat Russia on the battlefield.” Russia has one of the largest militaries in the world. And as President Putin becomes frustrated with increased resistance, “things are going to get a lot worse for Ukraine pretty soon.” Indeed, Russia seems to have shifted tactics, targeting civilian areas and allegedly using devastating “vaccum bombs”.

“When leaders perceive a situation is going to turn against them, they become more risk accepting,” Professor Weinberger stated.

Ukraine has so far stalled Russia’s attempts to take over the capital Kyiv. Comedian-turned president, Volodymyr Zelesnky has become a war-time leader, reportedly refusing to evacuate the capital, and saying he needed “ammunition, not a ride”. He has become a rallying point for both domestic and international support. “You can’t underestimate how important that narrative is,” Professor O’Neil said.

Russia is “getting smoked in the information war by Ukraine,” Professor Weinberger stated. Putin has lost his leverage over the discussion of the war on platforms like TikTok, Youtube, and Twitter.

The war also appears to be unpopular domestically. Thousands of Russians have protested in St. Petersburg and Moscow since the outbreak of war. However, Professor Weinberger wanted to be clear that internal Russian resistance “is not going to be something that ends the war”. For Putin to pursue a diplomatic solution, he would need an off-ramp in which he could end the war while also maintaining a victorious narrative at home.

According to Professor O’Neil, Putin has “nothing to sell” while Zelesnky has portrayed the war in “personal appeals…defending families and their homeland.”

“Zelensky has been really good at framing the Ukrainians as Europeans to other Europeans,” Professor O’Neil said. The European Union has been much more sympathetic to Ukraine, in a break away from previous sentiment.

Worldwide condemnation has been quick. On March 2nd, the United Nation General Assembly voted 141- 5 to denounce Russia’s invasion, with 35 abstaining. “The moral calculations have shifted for so many actors in the international community; it has become unacceptable to not be on the side of Ukraine,” Professor O’Neil remarked.

The West has fiercely implemented sanctions, including cutting off Russia from SWIFT, an important international bank messaging system. In addition, the European Union, which receives 40% of its natural gas and 25% of its oil from Russia, has introduced measures to restrict its energy dependency. Germany halted the construction of an important new gas pipeline to Russia after the invasion.

According to Professor Weinberger, these sanctions are “like nothing we’ve ever seen”. He believes that the sanctions will continue to hurt Russia in the long-term, further isolating it from the global economy. “If all you do is sell energy, then you need people to buy that energy,” Professor Weinberger said. “The Russian economy will be destroyed.”

The reaction from the West is also a signal to China, which has increased its rhetoric regarding Taiwan in the past few years. China has been “watching to see if the West was willing to undermine its own economic wealth to prevent this from happening,” Professor Weinberger stated. The West’s sanctions indicate such a willingness in the event of an invasion by China.

Putin’s future as a leader may ultimately depend on the economic blows Russia takes. “Authoritarians usually survive by promising stability,” Professor O’Neil said. When change happens, “it will be exactly what he [Putin] is afraid of. It will be from the ground up.”