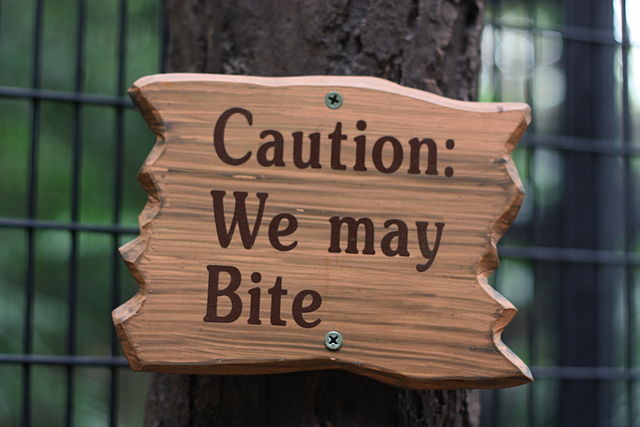 The good news is, I’m not alone! And if any of you have had your own ghastly sexual encounters, you’re not alone either! On Feb. 21st, I shared another poll with the University of Puget Sound campus community via Instagram asking students to tell me their sex horror stories. And boy oh boy, they did not disappoint.

When they were in high school, third year Sophie smoked weed before having sex with one boy. They elaborated, saying, “I was not only a new smoker and was unprepared for the dry mouth, but was also new to giving head. I went down on him, but he had a big dick and I had dry mouth and was almost brand new to sucking dick and I accidentally bit him, whoops.” Sophie, if it makes you feel better, I’ve had my fair share of accidental teeth-to-dick contact. I think having someone bite your penis builds character, maybe?

An anonymous junior shared that the “First time I tried to have sex with a man I thought it was taking too long for his penis to go in so I just *plopped* down on his dick…and then the blood started…It was like there was blood gushing out of my vagina, he was soaked in it, I got up and it was running down my leg in a stream, all over the carpet and bedside, everywhere…What I remember most is the look of horror on his face as this naked woman stood in front of him gushing blood…all he could say was ‘Can’t you plug it?’” The student wanted to let the readers know that a gynecologist diagnosed them with a rare condition, and this isn’t a likely situation for first timers!

One anonymous senior submitted two stories, and I need to share both because they’re too good. “I have a tree nut allergy and poor impulse control. In high school, I went to hang out with my FWB and they were going to eat a bag of cashews. I told them that if they ate the cashews I wouldn’t hook up with them. They ate the cashews, and my impulsive ass hooked up with them anyway. They ate me out and I ended up with horrible hives on my twat and all the other sexy places. I took a Benadryl (which I also have a terrible reaction to) and ended up tripping balls. The sex wasn’t even good.”

Secondly, they wrote, “Freshman year I was getting laid during the acapella dorm raid. Right in the middle people started banging on the walls screaming ‘Get out of your dorms right now!!!’ We had to stop mid-screw and go listen to white boy acapella rap because we thought the building was on fire or something.”

UPS senior Willard submitted, “So, uh, fresh out of high school, my ex-long distance partner took me to the house they were sitting for and insisted we had sex in the guest bedroom…” and after, “I came to the crushing realization that I did not wipe well enough. There was a gigantic shit skidmark in the middle of a bed, in a guest room of a house I knew nobody from, in a city I’ve never been to before.” They covered the stain with a blanket when their ex left the room, and to this day, they don’t know if their ex ever saw it.

Given that these stories came from an even larger submission pool, I can confidently conclude that many of us on this campus have been through the wringer. Whether it’s s—t, blood, piss, or hives, know that one day you will be able to look back and laugh at your embarrassing sexual moments. No matter our level of experience, we all make mistakes during sex. It’s just important that we roll with it and find the sexiness in our snafus.