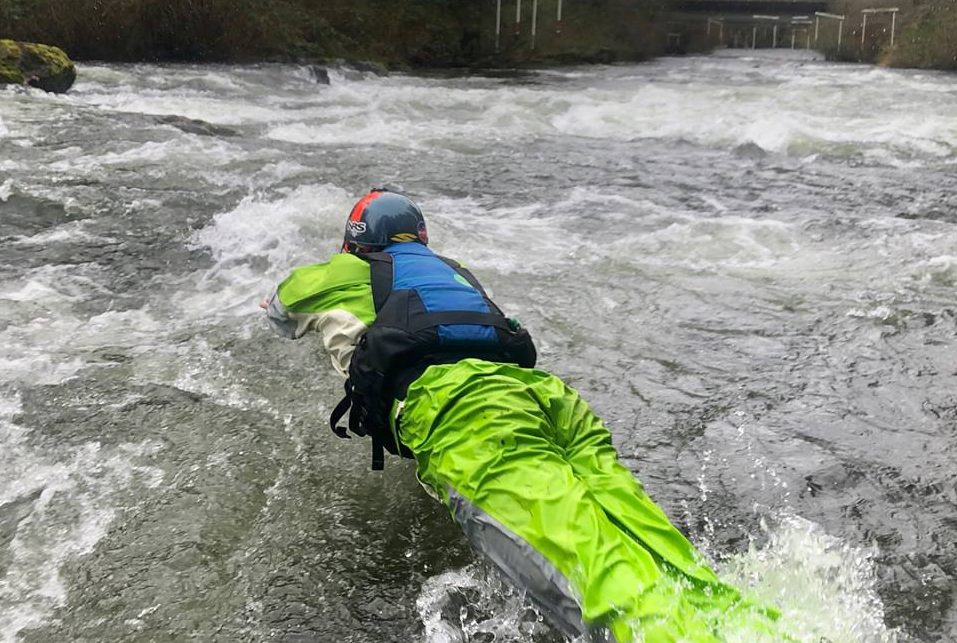 A kayaker floats on the river — Photo credit to Clay Ross

Next weekend, Puget Sound kayakers will suit up and strap in as they compete alongside hundreds of other boaters in the annual Northwest Creeking Competition (NWCC) in Yacolt, WA.

The Northwest Creeking Competition, formerly the Canyon Creek Race, was started to save the lower Canyon Creek from being dammed. Since then it has grown into one of the largest and most popular creeking competitions in the country.

The race will take place April 13 and 14, on the scenic East Fork Lewis River and Canyon Creek rivers. Racers and their support teams will have the option of camping at Sunset Falls Campground, where they will be able to watch professional and amateur boaters strategize the cleanest line down the shoot.

Head of the kayak club Clay Ross is set to bring around 12 Puget Sound kayakers (students and alumni), many of whom will bravely launch themselves off of the infamous 18-foot Sunset Falls.

The club has been sending kayakers to the race for over 15 years and Ross loves the event because it has something to offer all of his kayakers, whether they are advanced boaters or just beginning.

“At that event our top-end boaters can race competitively against other boaters from all over, but at the same time if you’ve just gotten into boating and you really want to do something awesome, we have a waterfall that we take people off of that is super clean and super fun,” Ross said.

The event is a great way for newer kayakers to get stoked on boating, notes junior Izzy Lidsky.

“Rush Sturges, Eric Jackson and other big names in the boating world often attend and compete. It’s really cool for all of us to get to be in the presence of such incredible kayakers,” Lidsky said.

Junior Tess Fields agrees; the sense of community she feels at the competition is the biggest draw for her.

“For me, going to competitions is less so about competing and more about all of the people that the event brings together. The NWCC gathers together river folk from all over for a weekend of good music, food and playtime on the water,” she said.

The competitions are divided by gender, skill level and craft — rafters, stand up paddle boarders and inflatable kayakers are all welcome to come join in the fun! There are races all day Saturday and Sunday, giving parents, friends and teammates lots of time to cheer on the racers.

As the competition draws nearer, Loggers are getting excited to see how their skills have advanced over the last year.

“I’m excited to see how my paddling has progressed from last year. I spent some time down in Chile paddling this year and I’m curious to see how the skills I felt that I improved on down south apply during the race,” Fields said.

But the competition isn’t all fun and games; kayaking is nerve-wracking and comes with a pressure that many Puget Sound boaters will have to come to terms with before the race.

“Racing has always made me a little nervous. It’s rare that I paddle alone, and though during a race there are safety kayakers scattered through the rapids, there are points on the river where no one else is in sight. To me, the feeling of being alone and pushing as hard as possible is equally as nerve-wracking as it is exciting,” Fields said.

For those not racing, barbeque, campfires and vendors will all be present, as well as full camping facilities and shuttles between rivers. If you are interested in attending, email Clay Ross (jcross2@pugetsound.edu); the team always needs extra cheerleaders. 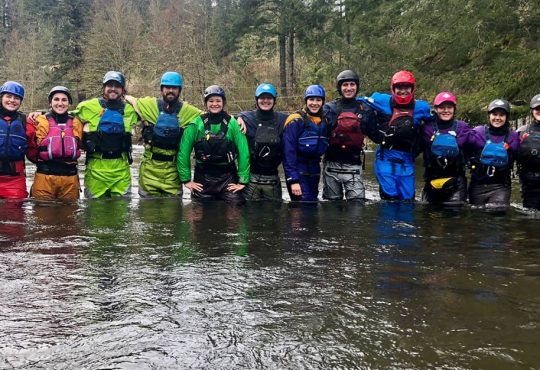