The latest mass shooting you probably haven’t heard about 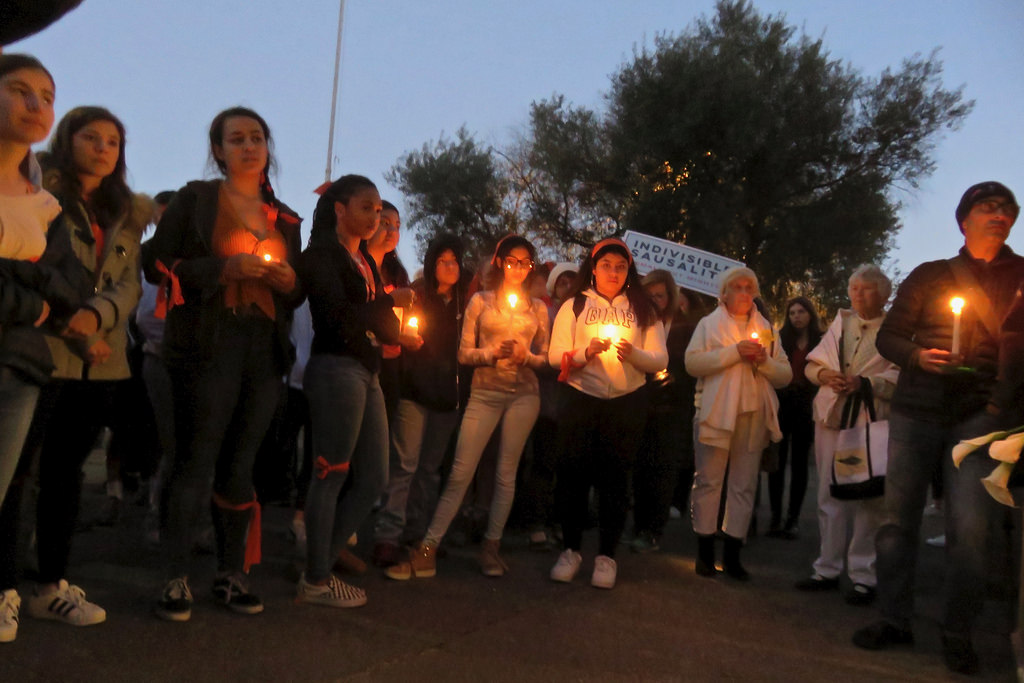 Over a year after the devastating Parkland, Florida school shooting, we have seen little change in our nation’s gun laws. The photograph pictures Parkland shooting survivors at a vigil. — Photo courtesy of Flickr

Two weeks ago, five people were shot and killed at work. Five innocent people just going to work like they did every day, one of them an intern on his first day. On that Friday morning they all left their houses unaware that they would never return. They said goodbye to their families, went on their commute, talked to coworkers, all without anyone knowing that everything would change in an instant.

Five people died in Aurora, Illinois, and chances are, you might not have even heard of this shooting. I don’t blame you. America is affected by a disease of acceptance. We are numb to mass shootings. They no longer occupy the bulk of the news cycle, they aren’t printed out the front page of newspapers. They happen in such excess to the point that we can no longer handle reporting all of them. They aren’t media-grabbing headlines anymore.

According to the Gun Violence Archive, there have been 47 mass shootings in 2019, as of Feb. 26. Eighty people have been killed and 142 injured.

Shootings occur in so many different places: restaurants and bars, synagogues and churches, schools and businesses, theaters, concerts and malls. The reality is, nowhere is safe. All it takes is a person with a gun coming into wherever you are and going on a shooting spree. Anyone can become one of the statistics, one of the faces we (might) see on the news.

We have a calculated risk in all of our activities. We know that when we are commuting on I-5 there is a chance of getting into a fatal wreck. We accept this as part of being on the roads. Despite this, we drive each day, knowing that there is this possibility. This past November, Business Insider reported in their article “How Likely is Gun Violence to Kill the Average America?” that Americans are more likely to die from being shot by a gun than they are to die from a car accident. (That’s for general shootings; if we choose to specify mass shootings, the chances of dying in a mass shooting still make the list of leading causes of death).

Most of the time, fatal car accidents are just that — accidents. Somebody not paying enough attention, someone turning too early or not early enough, someone speeding. They are almost never intentional. Mass shootings always are.

Yes, our shootings. America, it is time to take ownership. Shootings occur and will continue to occur because of our lack of response.

It seems impossible, after all there’s been no substantive change. Not even after 20 elementary schoolers, literal children, were massacred in their classroom. It feels like change won’t happen, but we have the power to try to create some change. Protest, rally and vote.