The Trail
HomeFeaturesAbroad View: A view from Belgrade
Features

Abroad View: A view from Belgrade 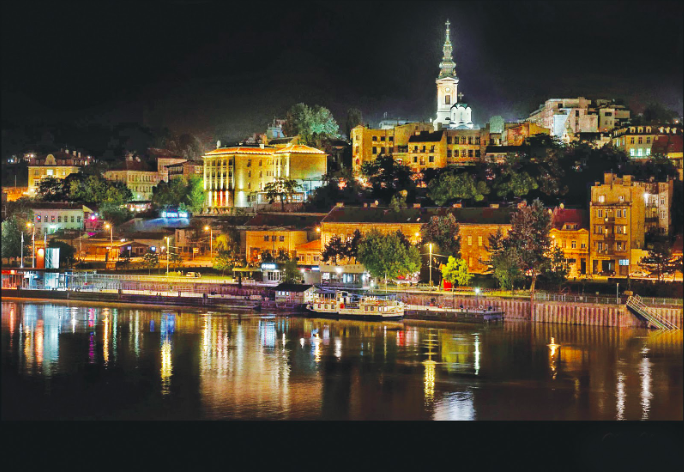 I originally had no idea if I wanted to study abroad. From the beginning of my time on campus, study abroad sat at Collins Memorial Library in the form of pictures taken from students around the world on their previous semesters abroad.

Each campus tour, mine included, brought prospective families in front of that wall and showed them the endless possibilities to merge travel and study here at Puget Sound. I got a suggestion from a professor to go somewhere “with conflict.”

One semester later my study abroad endeavors have landed me in Serbia, a country I had little to no knowledge of before embarking on my journey.

Belgrade, the capital of Serbia and my home for the past two months, has just over 1.5 million residents and sits at the heart of the Balkan region.

I live in Dorćol, a district in the northern part of the city with tree-lined streets and a beautiful view of the two rivers that meet at Belgrade’s northwest corner (the Sava and Danube).

The former capital of the former Yugoslavia, Belgrade is a city at the center of the region’s past both mentally and physically. From the nation’s founding in 1918 to its collapse in the late 1990s, Belgrade has housed federal institutions and has been at the heart of the conflict between Serbia and other former member-states of Yugoslavia.

The city is a mix of socialist-era Yugoslavian brutalist architecture and modern skyscrapers that paint the skyline of the city, each being present on any sight-seeing stroll through the city.

One of the biggest things about coming abroad has been the language barrier. While all of my lectures and academics are in English, people in Serbia speak mainly Serbian. Everything from street signs to restaurant menus and the overheard voice on public transportation come at you in words that sound and look (with Cyrillic) very foreign.

Each day I’m adding more words to my vocabulary and feeling like a local, enjoying the hrana (food) and saying, “dobar dan” (good day) to people I see on the street.

Yet in these daily interactions and learnings, you can’t escape the reality of the situation: 20 years ago this part of the world was at war. The 1990s in the Balkans were a place of violent conflict, ethnic tension and genocide.

One part of my reflection since being here has centered around the idea of memory and historical relevance. This part of the world experienced the dissolution of an entire nation and a violent war, events that most people I walk next to on the street experienced first-hand.

Talking to and living with people who experienced their country at war, one that included bombings and the rise of nationalist politics, makes me question what I think about peace and how conflicts work to shape societies both in and out of war.

Another part of my reflection lies in the positionality I bring to the table as an American student.

It’s hard to escape the association with Trump and today’s politics, but what I’ve learned since being here is that history is a living, breathing thing.

My positionality is something I can never escape, but it has made me think about America’s place as the forsaken “bearer of democracy” and what it means to the countries that have been on the opposite end of that mission.

I’ve been able to travel to Kosovo and Bosnia-Herzegovina while I’ve been here, and the former is struggling for independence while the latter is operating along complex ethno-political lines on a daily basis.

Talking to people here can take on somewhat of a grim tone, as election fraud, state-controlled media and political corruption create a strong sense of disillusionment among the population.

One of the most common questions I get since getting here has been quick and simple: “Why study here?”

I don’t have a good answer to that question when it’s asked. I usually smile and say that I’ve loved living here and can’t believe I get to do it for a couple more months.

But in reality, I came here because I didn’t know anything about this area of the world. Thinking back to my middle and high school classes, there seems to be a giant black hole over the entire Balkan region on my mental history map. Yugoslavia was barely mentioned, if at all, and I was unaware of the atrocities that took place here during my lifetime.

The Balkans are an area of conflict both politically and financially. The recent history and current conditions of the region speak to that point.

But this study abroad semester has given me a new way of thinking about our history. It’s changed the way I think about peace, altered my conception of what conflict is and made me question the normal way I think about international happenings.

One of the most common things you hear in Serbia is “dobro,” translating to good. In everyday conversation it’s used as an affirmation and a word people fall to when there’s nothing else to say.

With all that’s happened here, people here still are dobro. In a region of the world with such a recent and violent past, I’ve never felt such a strong sense of comfort and humanity in a group of people who pride themselves on finding the good in everyday life.