The Trail
HomeFeaturesNew courses to examine the Bible in context
FeaturesHighlights

New courses to examine the Bible in context 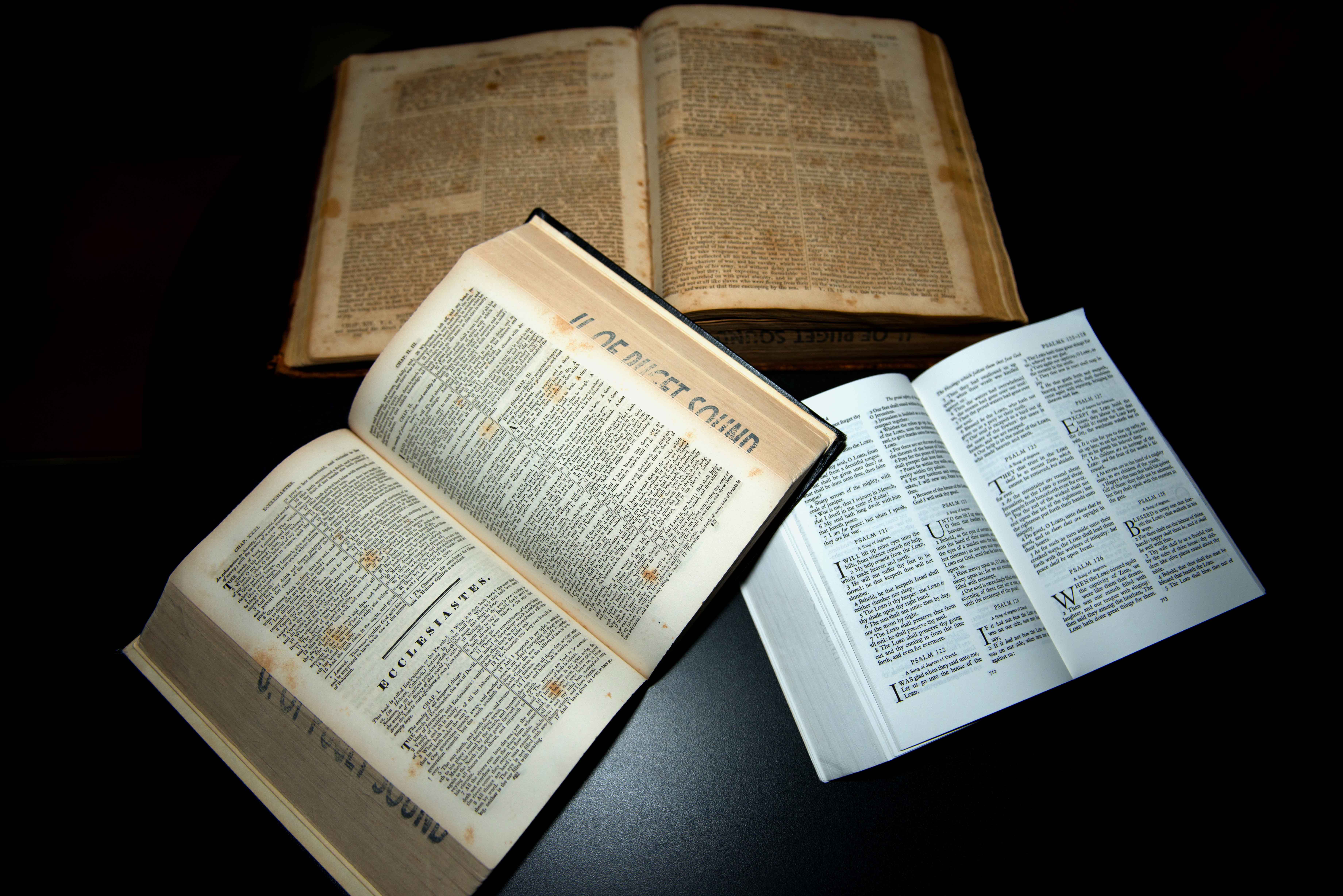 Next spring Professor Florence Sandler may be teaching two new courses that examine the Bible in the context of when it was written and examining the influences it has on the modern world.

The classes would be a freshman seminar and a 300-level Humanities Minor course, and though they haven’t been approved by the committee quite yet, Sandler is confident that her course will be taught.
Though the courses are being planned for two different levels academically, they will both be discussing similar topics and reading the same primary source (the Bible) and similar secondary sources.
“This study of the Bible may not have much to do with what was taught at Sunday School. Its aim is scholarly,” Sandler said.
It is important for students to understand that when they go into this course, they will not be taking a religious course. There will be some overlap, to be sure, but the main focus is on examining the Bible from a literary and historical perspective.
The courses will look at both the Old Testament and the New Testament, examining how the text changed from one time period to the next and using that knowledge to apply the text to modern society.
The secondary sources will include several different literary pieces, both poetry and prose, written throughout history that take inspiration from the Bible. Students will discuss how the perspective and interpretation of the Bible changed through them.
Working with these materials, students will be asking questions about how and why the Bible was put together and pulling out distinctive themes within the different writings.
Students will write several essays and short papers in the class on what they have read and discussed.
“Even though the Biblical materials stand at the foundation of the Western tradition, common knowledge of the Bible is at a low point,” Sandler said.
People know that the Bible influences our culture and society in many ways, but very few understand in exactly what ways. The importance of the Bible in our culture outside of a religious text is often discredited in this age of science, but it is still essential to understanding the way our society functions.
“Such a course seems all the more urgent since the Bible has become a major casualty of the culture wars, under attack by various groups of Darwinians, atheists, Marxists, feminists and gay-rights advocates, and often as ill-served by its defenders as its attackers,” Sandler said. “The popular debate often gets polarized into two extreme positions: the Bible holds all truth, or the Bible is irrelevant.”
While much of interpreting the Bible relies on personal belief, students will see that when looking at the Bible from a scholarly context rather than a religious one that this polarized debate is obsolete and actually has plenty of middle ground to base intellectual conversations on.
It is still unknown whether or not these courses will be offered this spring, but students who wish to engage in conversations discussing the difficult topics of today will be much better equipped and can produce much more compelling arguments if they know where the other side is coming from or can see a misinterpretation of the Bible and know the correct interpretation.
The Bible will continue to be a polarized work, but many problems can easily be solved if more people understand where our society began.