The Trail
HomeFeaturesVariety of spring break options at the Sound
Features

Variety of spring break options at the Sound

For one golden week we are freed from the grind of academia in favor of an annual rite of passage, one embodied by youthful abandon and excess. Tickets are booked for Las Vegas, Fort Lauderdale and various tropical locales, destinations subconsciously influenced by 90s episodes of The Real World.

Bags are packed with extra-strength Advil and cameras are charged; they’ll be needed to record unforgettable nights that may be a little fuzzy in the morning.

For this one week it is socially acceptable for your parents to pay for sun-filled days of concerts on the beach, swim-up bars and drinks with tiny umbrellas permanently attached to your hand. All you have to do is get through a few more classes.

Maybe this was the case in the 1970s, when Puget Sound was ranked on Playboy’s top party schools, but that reputation has been thoroughly stamped out for several decades.

While no doubt there are students making trips to Cabo and the like—mostly seniors looking for one last hurrah before graduation—by and large we do spring break a little differently around here.

We go to Napa Valley in California for a long weekend of wine tasting, or maybe to a summer home in the San Juan Islands. A few dedicated fans travel to Scottsdale, Arizona to watch the Mariners get ready for the upcoming season.

We go to Sun Valley to ski, and let ourselves be tourists in our friends’ hometowns. Large groups rent houses on the coast in Dawson’s Creek-esque fashion. Some of us are attending conferences across the nation, or even jet-setting to Europe to visit friends and family abroad. We really are a classy bunch.

Puget Sound Outdoors also offers four separate trips for the more adventurous among us. There is backpacking across Death Valley, surfing and backpacking in British Columbia and day hiking in Southern Utah.

Conversely, there is no shortage of students who are proud to say that they plan to spend 10 glorious days doing absolutely nothing, soaking up every precious minute watching Netflix on the couch.

“Alternative Spring Break” trips are growing in popularity as well; the theme for this year is Immigration and Advocacy. From March 17-19, participating students will learn about the realities of immigration in the Puget Sound area. They will have the opportunity to get directly involved by volunteering, as well as develop advocacy skills and hear from local activists.

Lighthouse will also offer an ASB trip to help the homeless community in Portland. So not only are we seasoned travelers, we like to give back to the community.

Those planning to stick around campus have no shortage of ways to spend the time off.

Make a day trip to Pike Place in Seattle or take the ferry to spend the weekend on Vashon Island. Spend a snow day at Crystal or go with a group to hike Rainier.

For the over-21 crowd, try out of a few of the popular happy hours around Tacoma. We suggest Marrow, 1022 and The Eleven Eleven for a truly local experience.

The “spring break phenomenon” has been under media scrutiny for some time, but the variety of spring break experiences is huge. In some cases the stereotypes are certainly accurate, but on a campus such as ours, the extremes that the media represents (think MTV-sponsored beach parties) are not nearly as prominent.

So yes, spring break does a look a little different at Puget Sound. And that’s the way we like it. 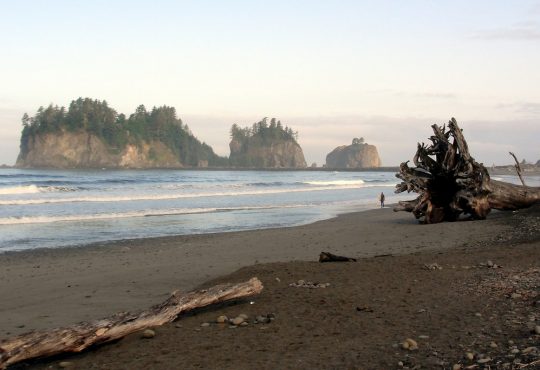