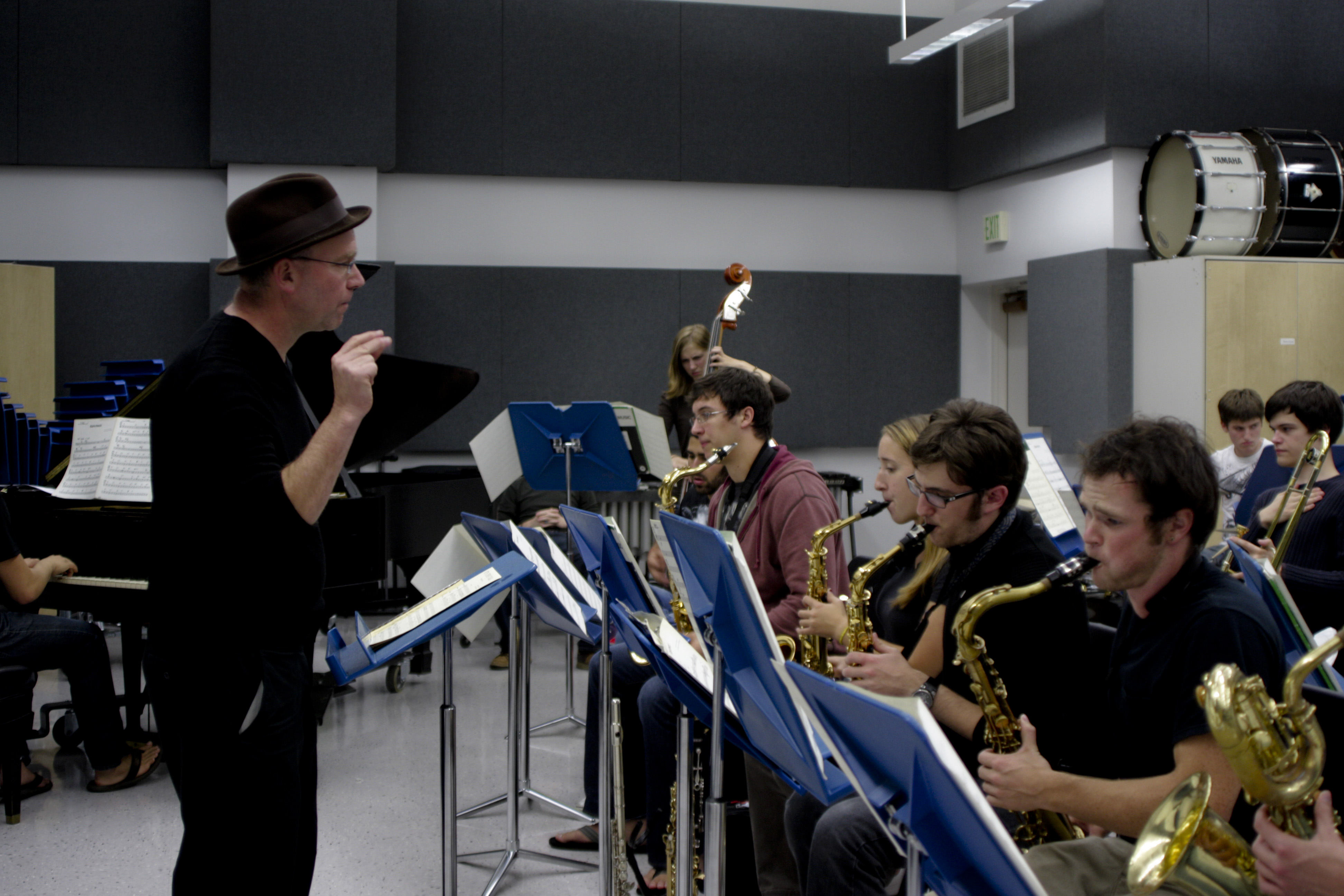 This year, the University of Puget Sound welcomes Wayne Horvitz to the faculty as director of the jazz band.  Originally from New York City, Horvitz is a prolific composer, performer and collaborator of music in many genres. Looking at his resume of collaborations and recordings is similar  to reading a “who’s who” list of modern contemporary music. Listen to recordings on his website and you will find an impressive variety of works in numerous genres and ensemble types.

As a newcomer, Horvitz admitted that he didn’t quite know what to expect, but was pleasantly surprised by the students.

“I was really impressed by the level of musicianship and reading in the jazz band,” he said. He went on to praise the open-mindedness and enthusiasm of jazz band members.

Horvitz described his role as a teacher as being a bandleader first and an educator second, with the ultimate goal of getting the ensemble sounding good enough that everyone enjoys it.

“I think like a lot of people; I go back to the music that meant a lot to me . . . that turned me on to want to play music,” said Horvitz when asked what music inspires him in his career.

Horvitz listed artists such as Bob Dylan, Bob Marley, Jimi Hendrix, The Band and The Grateful Dead among those who originally inspired him to play music. Horvitz also explained how a chronologically reversed exploration of popular music led him to jazz – Hendrix to electric Myles Davis, to “rock-sounding” jazz, and so on.

Starting in the twentieth century and working backward, Horvitz used the same process when discovering classical music. In terms of modern music, Horvitz listens to a lot of music to keep up with (and interested in) the current scene, but he also enjoys his musical equivalent of comfort food when he wants to feel grounded.

As a jazz band director, Horvitz is forced to reconcile the “standard” style of jazz and the popular music of today. Horvitz said that he is not really concerned with whether modern jazz music matters, nor does he even recognize a delineation between jazz and other forms of music, noting that most of his own compositions would be considered contemporary classical music, albeit jazz-influenced.

“What’s always important,” added Horvitz, “is when people find out there’s other music than what they’re listening to right now.”

Horvitz and the jazz band will certainly be providing some excellent music this year. The new jazz band season promises to be a treat for both the band members and audiences alike.