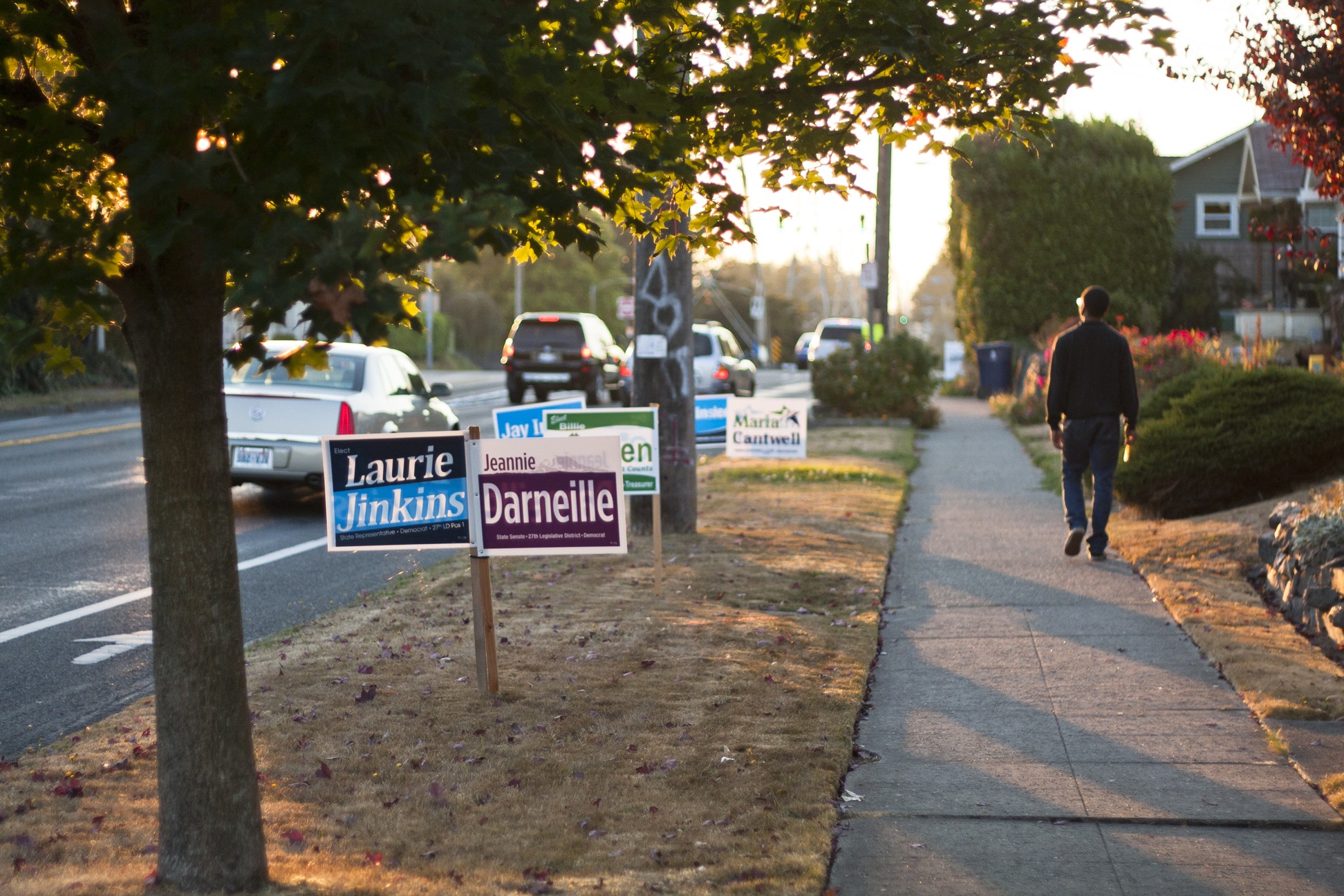 With little over a month until the presidential election, candidates are pervading the political scene. Students should also, however, consider local state elections in Washinton, including Governor and Senate elections.

The contests generating the most buzz this year include Referendum 74, the governor’s race, Initiative 502 and Proposition 1. The list includes many issues, which, if approved, would be national firsts. Furthermore, many of the contests directly apply to the University of Puget Sound’s campus and students

Referendum 74, if approved, would make Washington the first state to affirm marriage equality by popular vote.  According to the Washington Secretary of State’s office, the Ballot Measure Summary states that Referendum 74 “allows same-sex couples to marry, applies marriage laws without regard to gender, and specifies that laws using gender-specific terms like husband and wife include same-sex spouses.”  The bill will also protect the right of religious organizations to recognize or refuse to perform any marriage.  Washington State Senate approved the bill in Feb. 2012.  If approved by the public, Referendum 74 would take affect on Dec. 6, 2012.

“I think it’s interesting coming from California, where we’ve already voted on it, how people from all political spectrums can have views that may not align with their party’s beliefs,” Rachel Murphy, a freshman, commented.  Although Murphy will vote in the California election this year, Washington voters campus-wide represent this aspect of political diversity.

With current Democratic governor Chris Gregoire retiring this year, qualified candidates from both major parties hold sway in the election for governor. Ex-congressman Jay Inslee (D), currently has higher ratings in Washington polls.  His opponent, Rob McKenna (R), is a former King County Councilor and current attorney general.  Inslee is a supporter of clean energy industry, Washington’s marriage equality law and women’s rights and health.  McKenna hopes to realign incentives for health care providers, simplify business in order to lower the cost of creating jobs, and redirect the state budget in order to solidify the long-term future of the state.

Initiative 502, simply put, is a law that would legalize possession of marijuana for adults aged 21 and older.  The law would, however, only legalize the selling of marijuana grown by specially licensed Washington farmers, to be sold in marijuana-only private stores, regulated by the state.

Perhaps the most interesting part of Initiative 502 is how it proposes to spend the new revenues.  Including an applied 25 percent sales tax, 40percent of marijuana revenues would go to the state general fund, with the remainder dedicated to substance-abuse prevention, research, education and health care.  The state would also impose a marijuana DUI standard, similar to that for alcohol, but measuring THC blood concentration.

“I think the big surprise here, at least according to the polls, will be the ease with which the marijuana initiative passes.  There isn’t much organized opposition and, even if the undecided heavily reject it, the public polls suggest it’s in for a small landslide,” Ben Anderstone, ASUPS Voter Registration Coordinator, said. “This would be an unprecedented result, as would Referendum 74 passing.  If both pass, bad Seattle jokes might replace bad San Francisco jokes.”

The issue on the ballots that applies to most University of Puget Sound students is Proposition 1, which deals with Pierce Transit.  Passing this local issue would raise the sales tax slightly to fund transit systems in the Tacoma area; if Proposition 1 doesn’t pass, nearly all weekend transit service would be cut, among other services.

“It’s really enriching to our education to be able to take the bus to Point Defiance and other places around Tacoma,” Murphy said.  “It’s important for us to interact with our off-campus community.”

Elections are on Nov. 6, and it is important to keep in mind that it is a federal crime to vote in two states, so students must register for either absentee ballots in their home states, or as residents of Washington.

“Above all,” Anderstone insisted, “I urge people to vote, even if they don’t know all the issues on the ballot. I think nearly everyone has an opinion on the Presidency, on marriage equality or on pot legalization. You don’t have to finish the ballot—just don’t forget to vote by November 6.”