How soon is too soon? 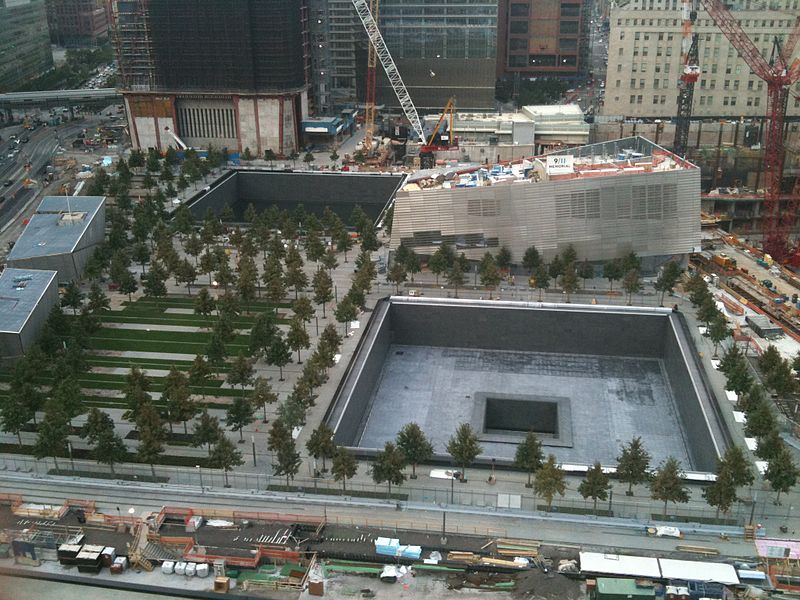 The other night, some friends and I indulged in a few beers and a game of Jenga.  This being a veteran edition of the game, enough bricks were missing that two were left over once the precarious monolith had been stacked symmetrically.  My friend made a joke: he took a brick in each hand, placed one atop the tower like an antenna, and flew the other toward it like an airplane, sound effects included.

I laughed at his joke.  All of us did for a second, glancing around at each other to reassure ourselves that we weren’t Bad People.  It launched us into a debate – too soon?

Almost certainly, we concluded.  None of us would have made the joke or even laughed at it in polite society, or if anyone in the room had had any unique connection to the attacks.  We were all in the same boat – we’d been about ten years old at the time, had all watched the same news footage, had all remained silent at the same moments. Such mockery would have been unthinkable at the time.  This realization forced me to consider the disconnect between our society’s appraisal of atrocities and their ‘real’ significance.

While poking fun must wait, the profiteering begins immediately.  The September 11th attacks were an unqualified boon for 24-hour cable news networks, American flag manufacturers, the defense industry and country music recording artist Alan Jackson, composer of classic tragedy-hit “Where were you? (When the World Stopped Turning),” a song which actually contains the lyric “I watch CNN but I’m not sure I can tell you/ The difference in Iraq and Iran.”

“United 93,” a film about the flight bound for the White House that passengers wrested from the hijackers, was released in 2006, less than five years after the fact, but its tasteful veracity and determined focus on the closest thing to a triumph on that day protected it from censure.  I imagine that the full-blown 9/11 movie is still a few years off.

It’s okay to joke about serfdom in the middle ages, but not slavery in the old South.  We laugh at President William Henry Harrison for succumbing to pneumonia following a long-winded State of the Union address, but to mock the assassination of John F. Kennedy is not yet permissible.

There seems to me to be some loose equation for determining when a tragedy no longer demands delicacy and respect, in which the key variables are time, proximity and relevance to the audience.  Which is to say that the way we react to tragedy is clearly more about how the event is packaged and presented than what happened; it’s more about us than it.

Sitting on my roommate’s desk is a little chunk of spray-painted concrete in a plastic molded case with the date Oktober 3, 1990 stamped on the bottom.  It’s a piece of the Berlin Wall that he purchased while on vacation in the city.  It seems likely that one day, a visitor to lower Manhattan will be able to purchase twisted bits of steel and shards of concrete, sealed in plastic, perhaps with a fluttering flag and the words “We Will Never Forget” printed on the casing.