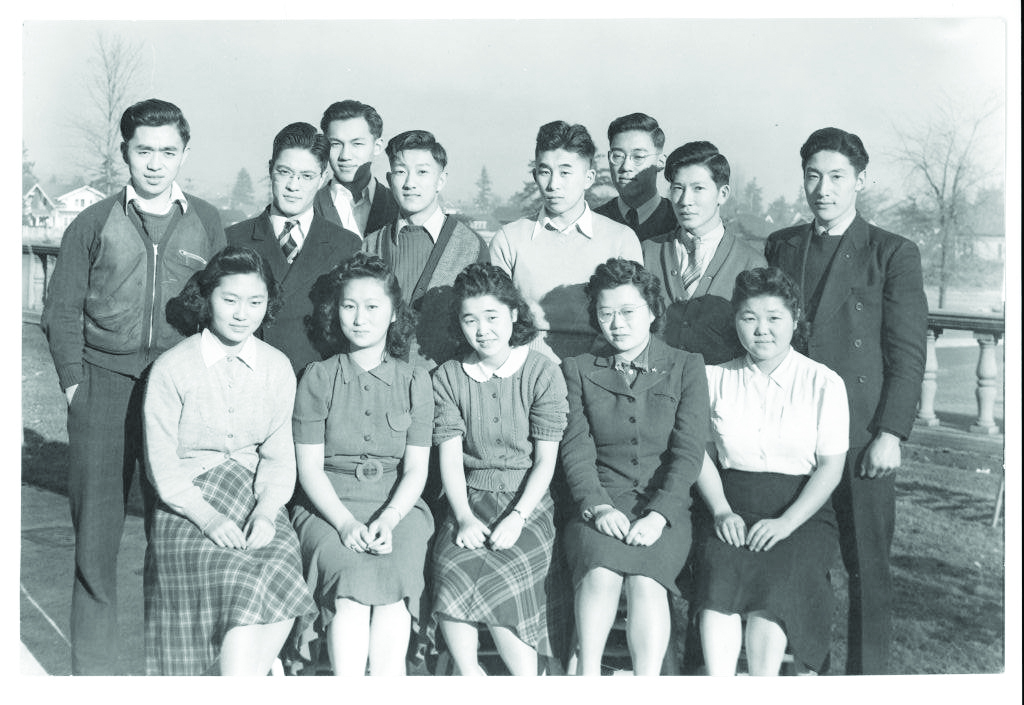 These are the names of the 36 students that were forcibly removed from the University of Puget Sound in 1942, as stated by the 2017 “Dedicated Cherry Trees” plaque on campus.

During that year, an estimated 120,000 Japanese-Americans were incarcerated in accordance with the Executive Order 9066 issued by former President Franklin D. Roosevelt.

According to the “Incarceration” poster displayed on the second floor Collins Memorial Library archive exhibit, many of these locations were former fairgrounds, guarded by soldiers, barbed wires and pervasive with the stench from the former animals that inhabited the areas.

Across the United States, including the University of Puget Sound, people come together in a national Day of Remembrance (DOR) to recognize the unjust incarceration of Japanese-Americans.

According to Densho, a Seattle-based nonprofit organization dedicated to Japanese-American history, the first DOR was held in Seattle on Nov. 25, 1978.

Nowadays, the official date of the Day of Remembrance is Feb. 19, which was the day the Executive Order 9066 was signed, legalizing “the incarceration of people of Japanese ancestry into United States concentration camps during World War II,” Densho’s Day of Remembrance Encyclopedia page says.

On Thursday, Feb. 21, Reverend and fourth-generation Japanese-American Karen Yokota Love spoke on campus about her experience touring one of the internment camps in Idaho with the Seattle-based organization Minidoka Pilgrimage.

Historically known as the Minidoka Relocation Center, or “Camp Hunt,” as stated by the organization’s website, the area detained around 13,000 Japanese Americans from Washington, Oregon and Alaska alone.

“It … plunged Japanese immigrants and their children into the greatest crisis that they had ever known … put their very survival as a community into great doubt,” Yokota Love said.

“Japanese Americans were positioned as a threat and that had to do with racism and the fact that they were very successful farmers.”

According to the “Before Incarceration” poster in the Collins Memorial Library exhibit, many Japanese-Americans resided in the downtown area of Tacoma, formerly known as “Nihonmachi, or Japantown.”

Until their removal in 1942, it was the largest Japantown in the United States. At the time, 5 percent of the student body of the University of Puget Sound was Japanese-American.

The first and only Japanese Students’ Club was formed just three years prior to their removal from campus. According to the archives, the club had gifted 12 Japanese cherry trees to the University as an act of friendship following the formation of the club.

After the bombing in Pearl Harbor, many of those members, according to the “Incarceration” poster, were sent to the Tule Lake or Minidoka internment camps, commonly referred to as “‘assembly centers’ and ‘relocation centers.’”

“Within a week they had arrested 2,000 ‘issei,’ first generation Japanese-Americans … and the press responded with a very paranoid hysteria,” Yokota Love said.

“They were demonizing them as spies and enemy agents. … Japanese-Americans throughout the West Coast began to be forced out of their jobs, subjected to warrantless military searches, and were abused and attacked in public areas.”

Shortly before their removal, members of the Japanese Students’ Club gave one last speech in the Kilworth Memorial Chapel, as reported by the The Trail, May 15, 1942.

“Members of the student body, faculty, and the administration of the College of Puget Sound … At this time, we wish to thank you for your friendship. It has been wonderful knowing all of you personally. We cannot express in words what your friendship has meant to us. It has meant more to us than you can ever realize … So at this time, we say, not good-bye, but until we meet again.”

However, within the University of Puget Sound and Tacoma, an absence persists: the absence of a Japanese Students’ Club, of a Japantown, of the many students who never returned. Absence is the cherry blossoms every spring.

Organizations such as Minidoka Pilgrimage that offer people the chance to learn firsthand the often-neglected stories of the past foster remembrance.

“The pilgrimages are valuable because it allows the younger generation as well as the older generations to really understand where they come from and to understand who they are,” Yokota Love said. “I spent my entire life not knowing really who I was because my parents wouldn’t talk about their own experiences; it just wasn’t something you talked about. So I grew up being American, eating spaghetti and french fries, and in love with Cabbage Patch Kids … not really knowing my own Japanese identity.”