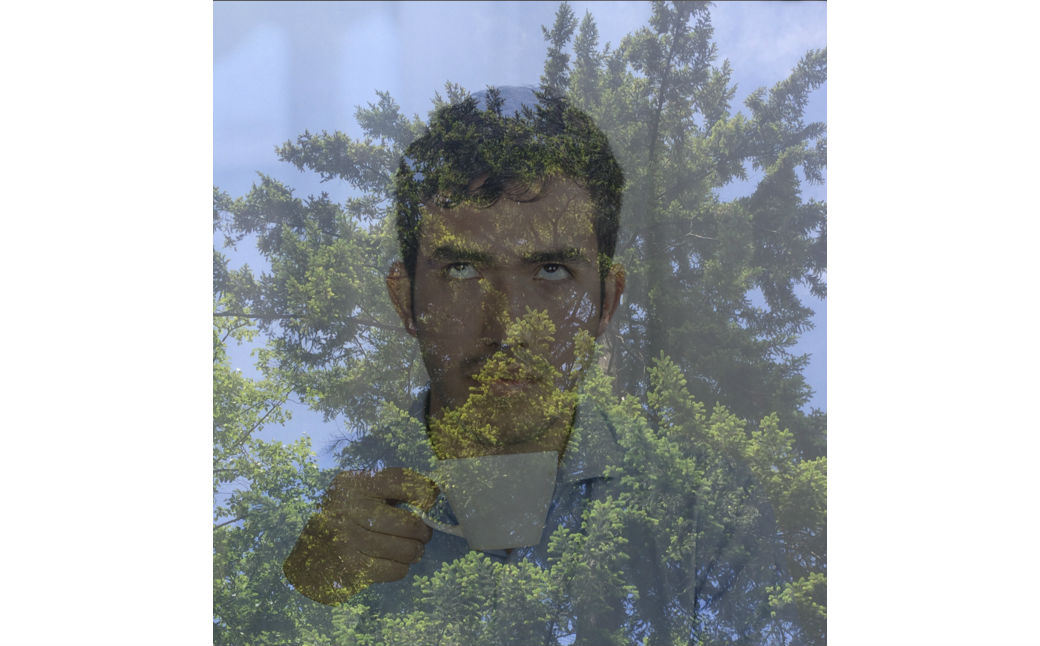 Dave Johnson in a photo he double-exposed in a fit of anger against the trees. – Photos courtesy of Wikimedia Commons and Flickr

This semester posed a challenge for many students at Puget Sound, but it has been an especially stagnant journey for audiophile Dave Johnson. Johnson has not left his off-campus house for the entirety of the semester because the uninspired sound of wind blowing through the trees stifles his creativity. While his friend, junior Sam Higgins, was initially concerned, he became frustrated after hauling equipment to Johnson’s room every single week for his radio show (which largely features SoundCloud originals produced by Johnson).

On the day Johnson began staying inside he was walking from the S.U.B. to his house and the rhythm of the wind through the trees mirrored Beyonce’s “Single Ladies.”

“You know Beyonce is the epitome of capitalism, right?” Johnson said. “She’s only in it for the money. And money isn’t art.” This was the last straw for Johnson, who was already over the all-pervasive nature of the wind. “It’s everywhere! It’s like Justin Bieber in 2010!” Johnson said.

On that day Johnson slammed the door to his home, installed sound-proof windows, and has been inside ever since.

Johnson went onto explain that current Earth-produced noises (wind, crunching leaves, waves crashing, etc.) are omnipresent and completely played out. Johnson is looking forward to when climate change becomes more prevalent and extreme, because he believes it will produce some original sounds.

“Imagine! Five consecutive tsunamis crashing on a rocky shore,” Johnson paused to think. “Wind speeds of 500 miles per hour on the regular! Those beats would be sick. I’d be so stoked!”

For now, though, Higgins continues to do favors for him. Higgins has been loading the radio equipment into the bed of his 1995 Chevy for the last nine weeks so that he can maintain his weekly show and record from his house. Higgins reported that this process takes him about 12 hours each time.

“At first I was down to help Dave because I believe that the wind is an Illuminati-sponsored think-tank brainwashing the masses. I mean, you hear identical chord progressions in each sway of the pine. To submit to that noise is to surrender your individuality and accept your sheep-hood,” Higgins said. “I value art, and Dave’s Neo-Trash Can Banging show is so unique that I don’t want anything to get in the way of his creative flow, but attending all of his classes, doing all of his work, bringing him every meal, scuffing up his skate shoes to ensure maximum authenticity and carrying all of the equipment up to his room each week has been hard.”

Despite the favors being excessive, Higgins expressed his unwavering loyalty to Johnson and has been brainstorming solutions. “The wind blowing through the common trees is what really curbs my dude’s rhythm,” Higgins said. He went onto say that if he could curate a path to the radio booth that only went past the rarest trees, Johnson might be inclined to leave the house.

“The sound of wind through the Ponderosa Pine can’t be good for anyone now; it even chokes the life out of me. If we could just pass some Western Junipers, that sound would be rad — Dave would dig it.”

Johnson pines for the time when his musical palette was not refined: “When I was a kid, I could appreciate the breeze while camping with my dad. But, when I was a kid, I also loved The Black Eyed Peas and Target,” Johnson said and shuddered. “Ignorance truly is bliss.”

While Johnson and Higgins may have struggled during this semester, they are hopeful that his lifestyle will improve soon with seasonal changes. As the trees lose their leaves and Higgins establishes a route to the radio booth that only passes the rarest on-campus trees, Johnson may emerge from his alt abyss.