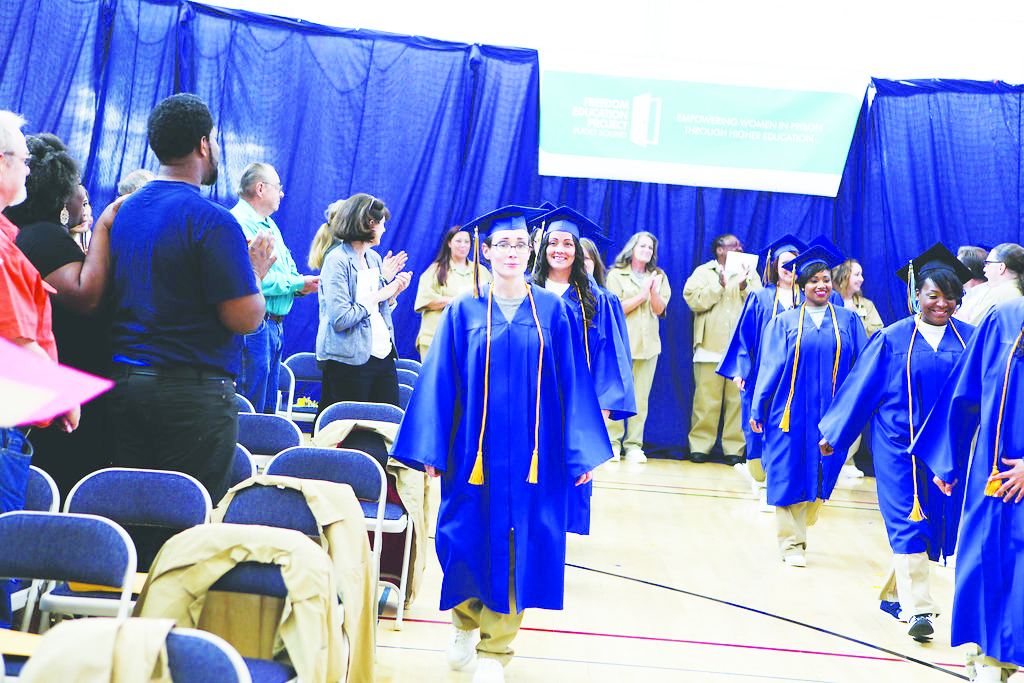 Over the past two decades, prison education has proven to be an effective tool for criminal justice reform. The Freedom Education Project Puget Sound (FEPPS) is an important part of the prison education movement, bringing a liberal arts education to local inmates.

FEPPS was founded in 2009 to provide a college level education to incarcerated women at the Washington Corrections Center for Women. Currently, the program holds seven classroom-based courses per quarter at the Gig Harbor facility. The program culminates in an Associate of Arts degree from Tacoma Community College. In addition to formal courses, the program also facilitates a study hall, a monthly lecture series and a library.

Thusfar, the results of the project have been impressive. The program has brought 102 different professors in to teach regularly and has awarded 34 degrees thus far. Though the program has made leaps and bounds since it took off, FEPPS had more humble beginnings.

The original idea was conceived of in 2011 by Dr. Tanya Erzen of the Puget Sound Religious Studies department. Dr. Erzen, who was on a grant from the National Endowment for the Humanities, was invited by the inmates to teach at the prison. Many of the inmates at the prison were serving long-term sentences. Due to the length of their sentences, they wanted to build a community atmosphere in the prison. The inmates saw education as an important tenet of community-building.

A major grant allowed the program to take off and since then, FEPPS has been sponsored by individual donations and grants from larger foundations.

Though FEPPS operates through local universities, this is not the norm for prison education programs.

Normally, prison education programs focus on vocational training for inmates. FEPPS takes a different approach. Instead of focusing on specific training with a set career path, FEPPS “offers education and connections to other students with the idea that you will figure out what you want to do with your education,” Dr. Erzen said.

This idea is intended to give students greater freedom that they would experience should they be learning on a campus like the University of Puget Sound. By providing this freedom, FEPPS is striving to rewrite the narratives surrounding incarcerated individuals from being social outcasts to being normal people.

Beyond changing the discussion surrounding prisons, FEPPS students also get a sense of empowerment through the program. “FEPPS has aided me … by offering classes, getting my AA, but most importantly, in building my confidence that I can be more than I was and do better than I ever have before,” a class of 2017 student said.

This sentiment is common throughout FEPPS. “With every class I take, there is a sense of added distance between who I was and the person I am now,” another student said.

Programs like FEPPS have benefits that extend beyond the inmates. Studies show that inmates who don’t partake in college education programs have a 60 percent recidivism rate while inmates who complete a degree in prison have a 5.6 percent recidivism rate. This means that there is less money spent on law enforcement, all while ensuring that ex-inmates can become included in society.

Despite the benefits of programs like FEPPS and others like it, prison education faces substantial barriers, both in its implementation and funding.

Historically, Pell grants could be used to help fund prison education. However, under the Clinton administration, welfare reforms eliminated accessibility of Pell grants for prisoners. As a result, prison education took a huge cut. Within prison itself, FEPPS students lack internet access and there is limited technological capacity that is typical of most college classrooms. This means that students frequently have to write their essays by hand and use books instead of the internet for research.

Despite these challenges, FEPPS presents unique opportunities for both student-inmates, faculty and non-inmate students. For one, students in FEPPS aren’t motivated by social pressures to get degrees. Instead, it is a path of their own choosing, creating an engaged classroom dynamic.

Faculty have been attuned to this. Many members “report how teaching in prison energized them as scholars and teachers when they taught on campus,” Dr. Erzen said.

Additionally, there are several avenues through which University of Puget Sound students are getting involved. Gender and queer studies students have helped to organize workshops on gender identity within the prison while Spanish majors have worked as conversation partners with FEPPS students.

FEPPS is part of a broader trend that is bringing visibility to the issues of our corrections system and the approach we ought to take to help those caught within the system. By including students in the discussion, FEPPS is helping support the school’s mission of access, diversity and inclusion, all while providing an educational experience for inmates and University of Puget Sound students alike.